January ended so brilliantly seeing Neil Gaiman, I rested on the first day of February.

I caught up with more Oscar Films, Still Alice, Foxcatcher, Finding Vivian Maier, Into The Woods, The Theory of Everything, and then of course, the big day itself. You can read all about my predictions, the event, and the fashion.

I had a lovely afternoon in Newcastle wandering around The Mall, up to Scotties for lunch and back via the sadly abandoned rail line. 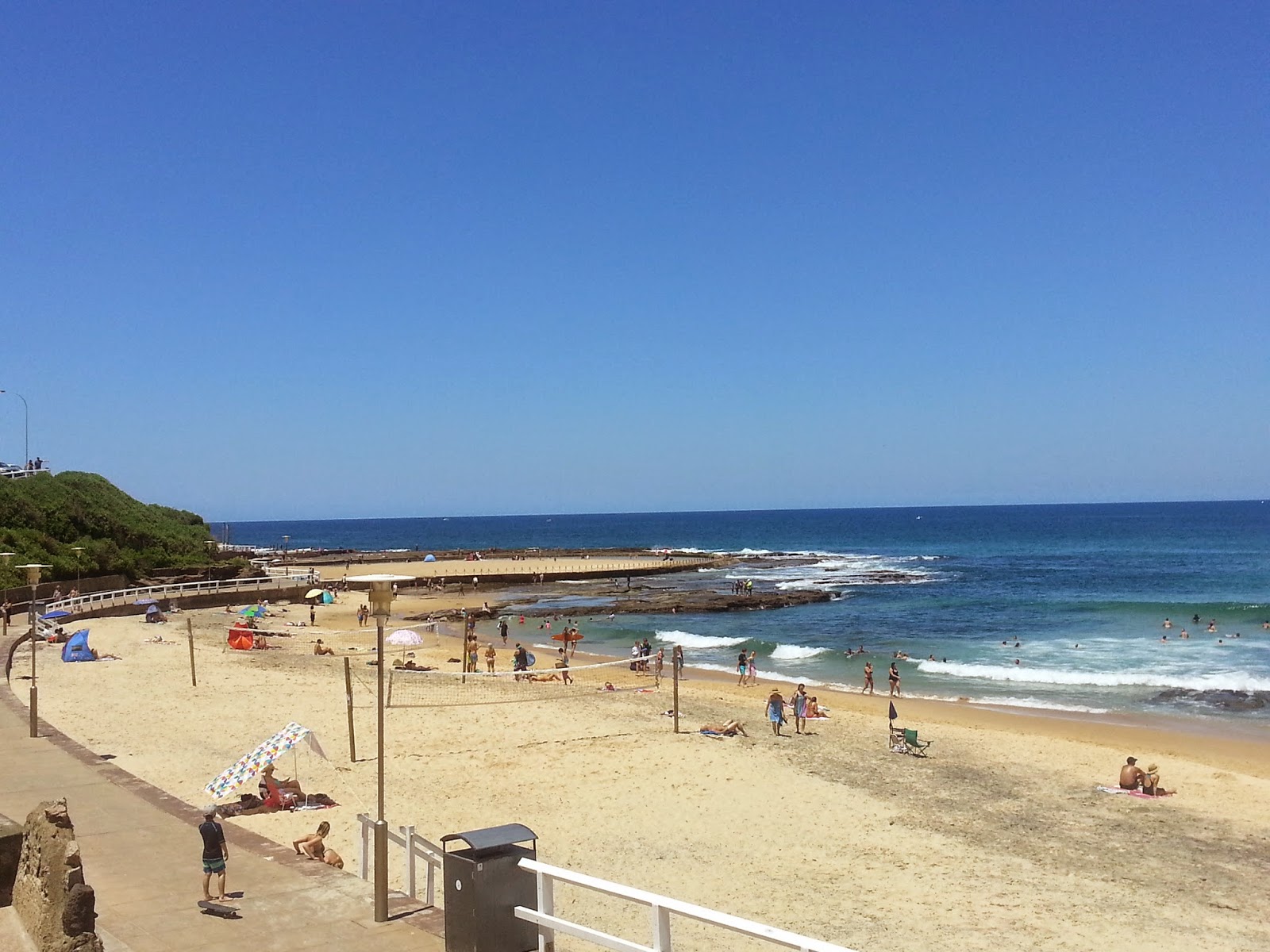 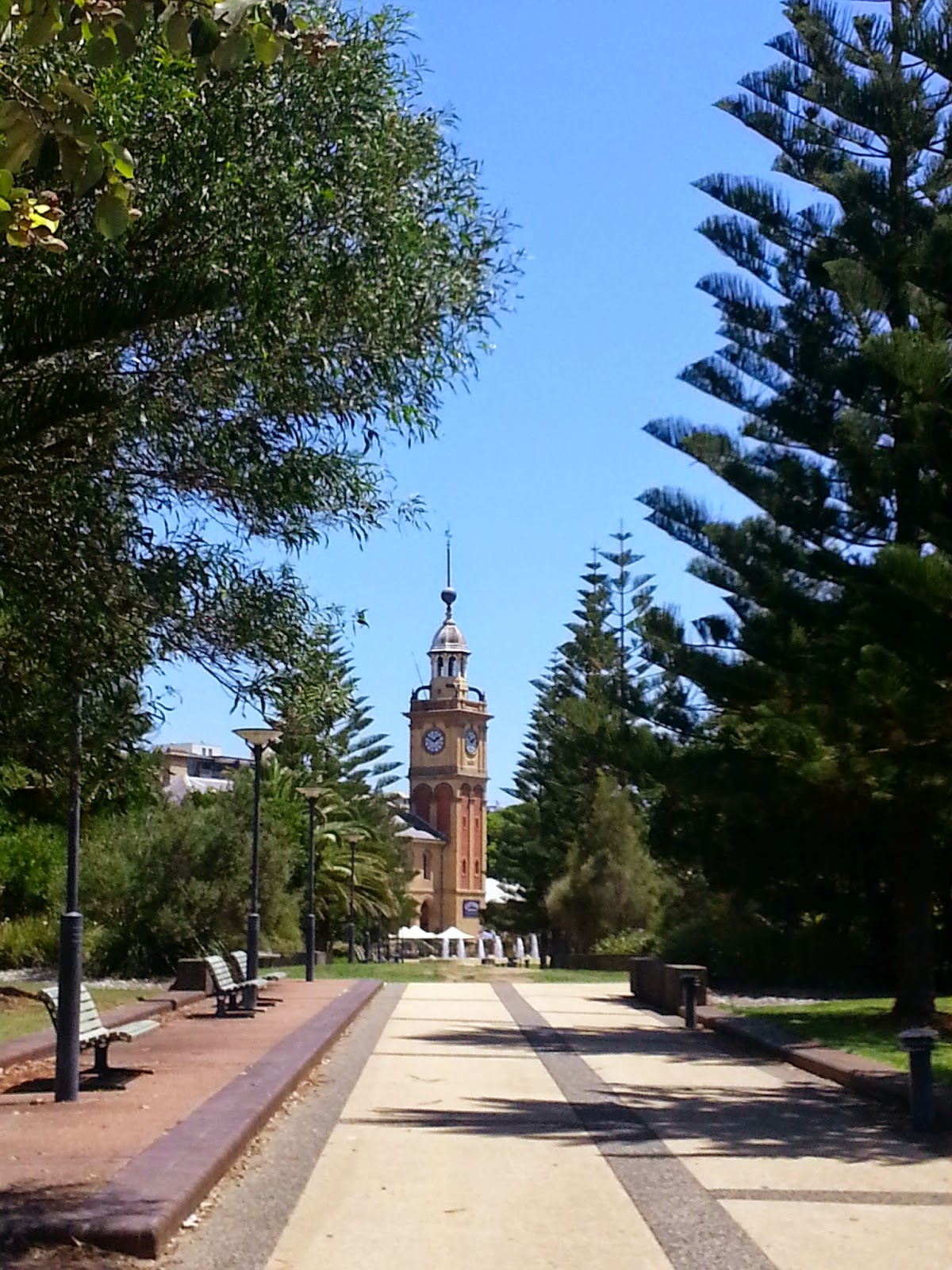 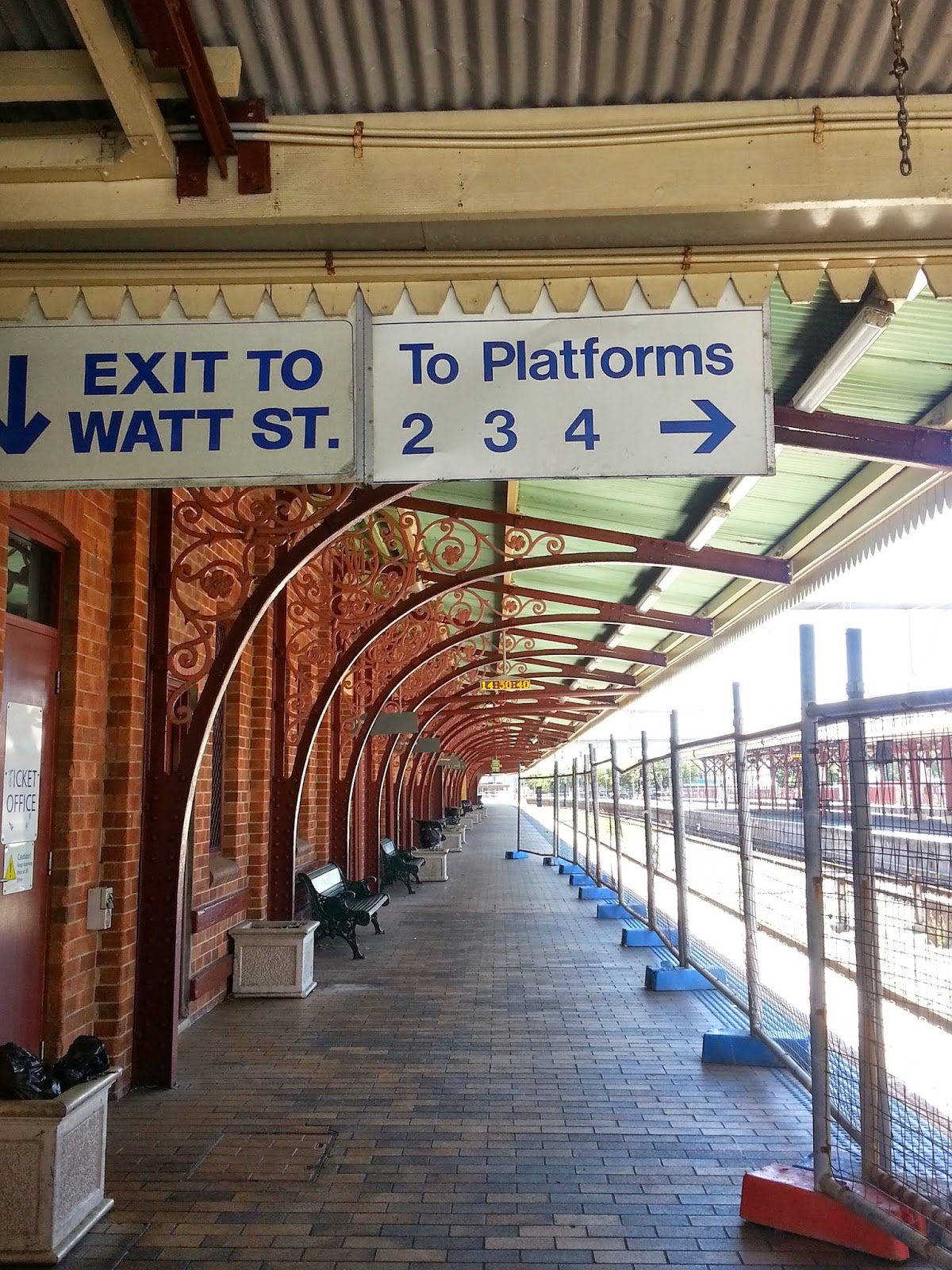 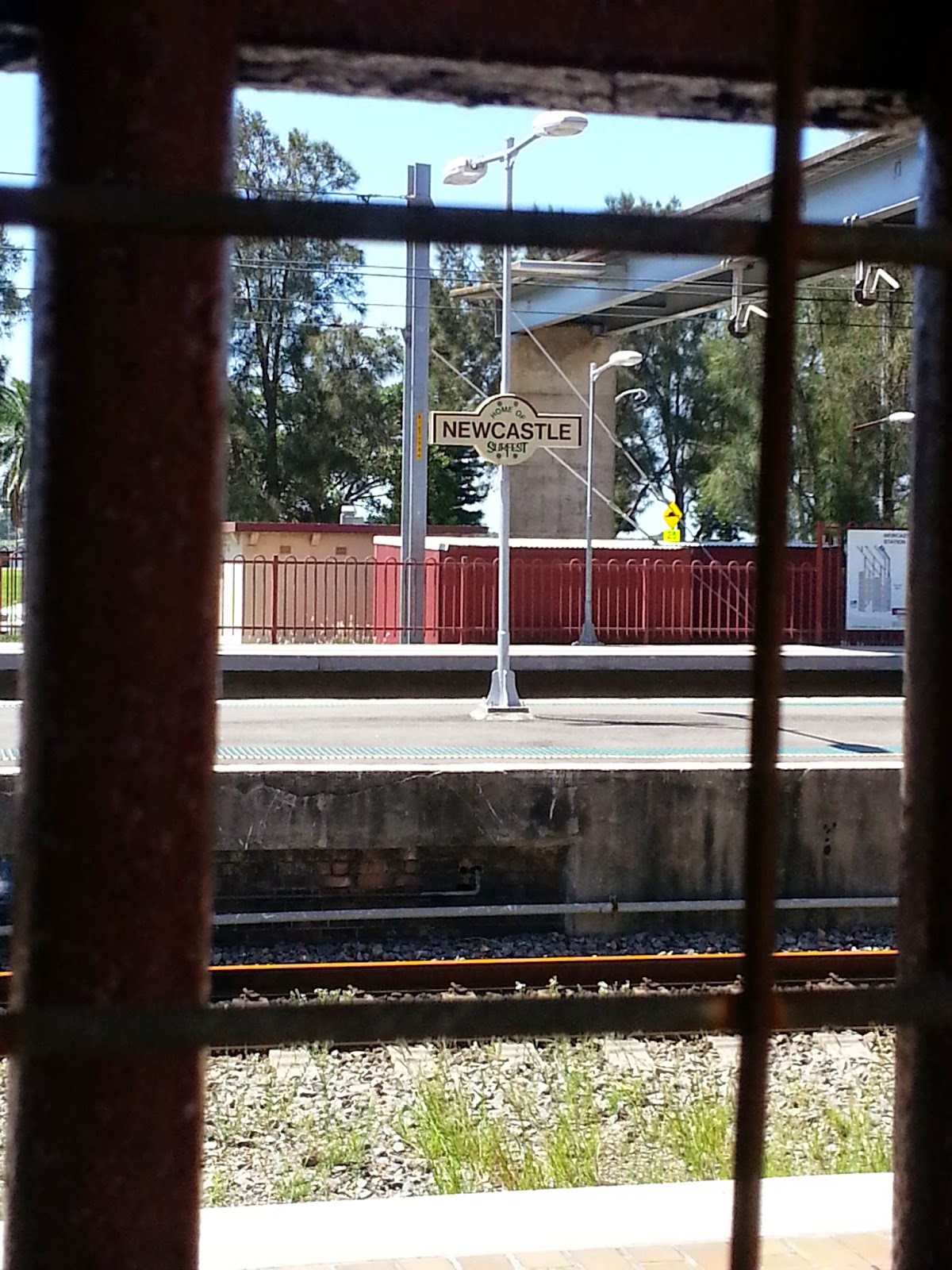 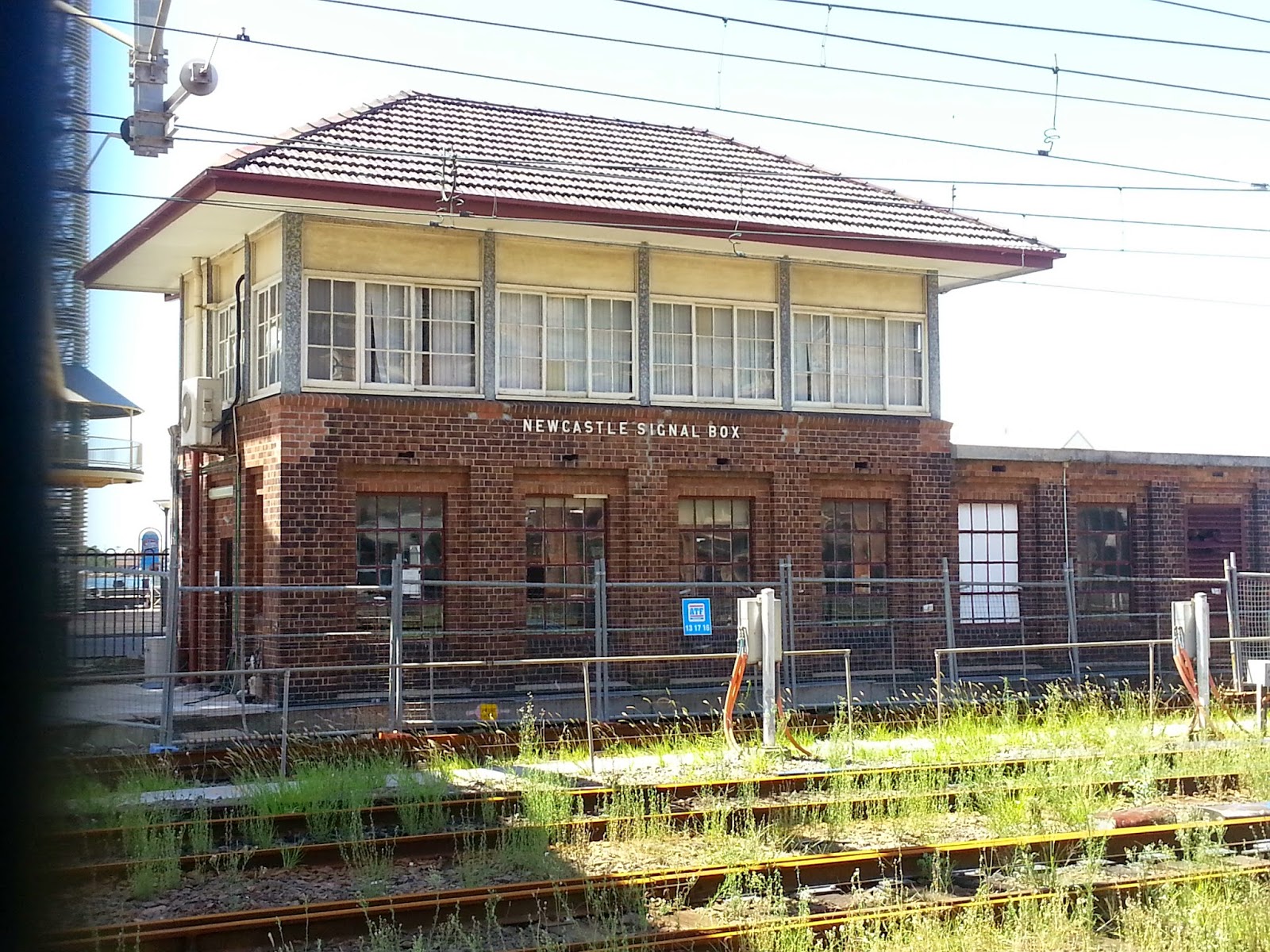 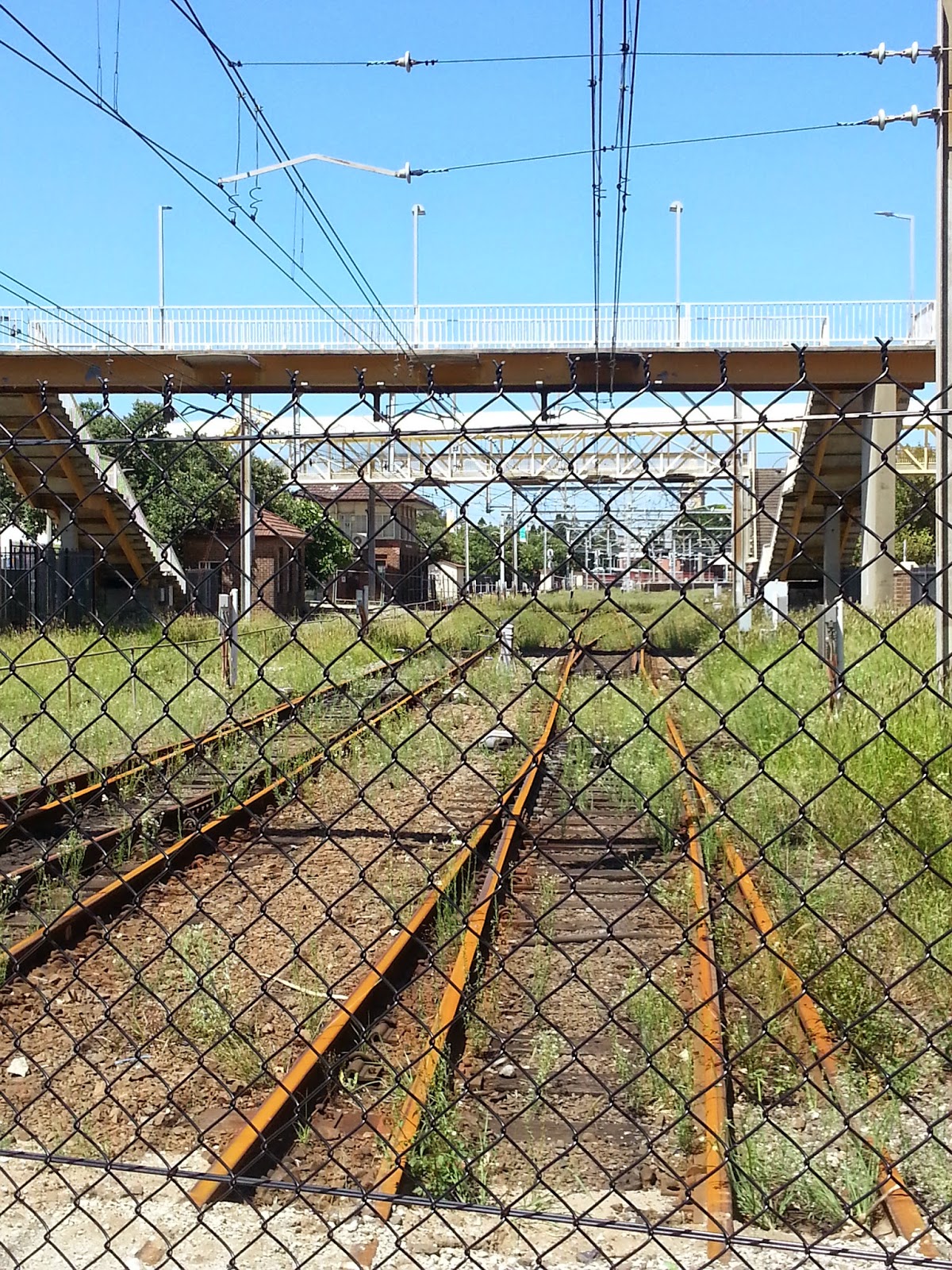 Work has been insanely busy with the lead up to recruitment, staff on leave and sick, having new storage being built, and the commencement of all our new programming.

I finally caught up with D, and we had a lovely lunch at Merewether Surf Club. It was my first visit and I will be back...for the views and the Peking Duck Pancakes. 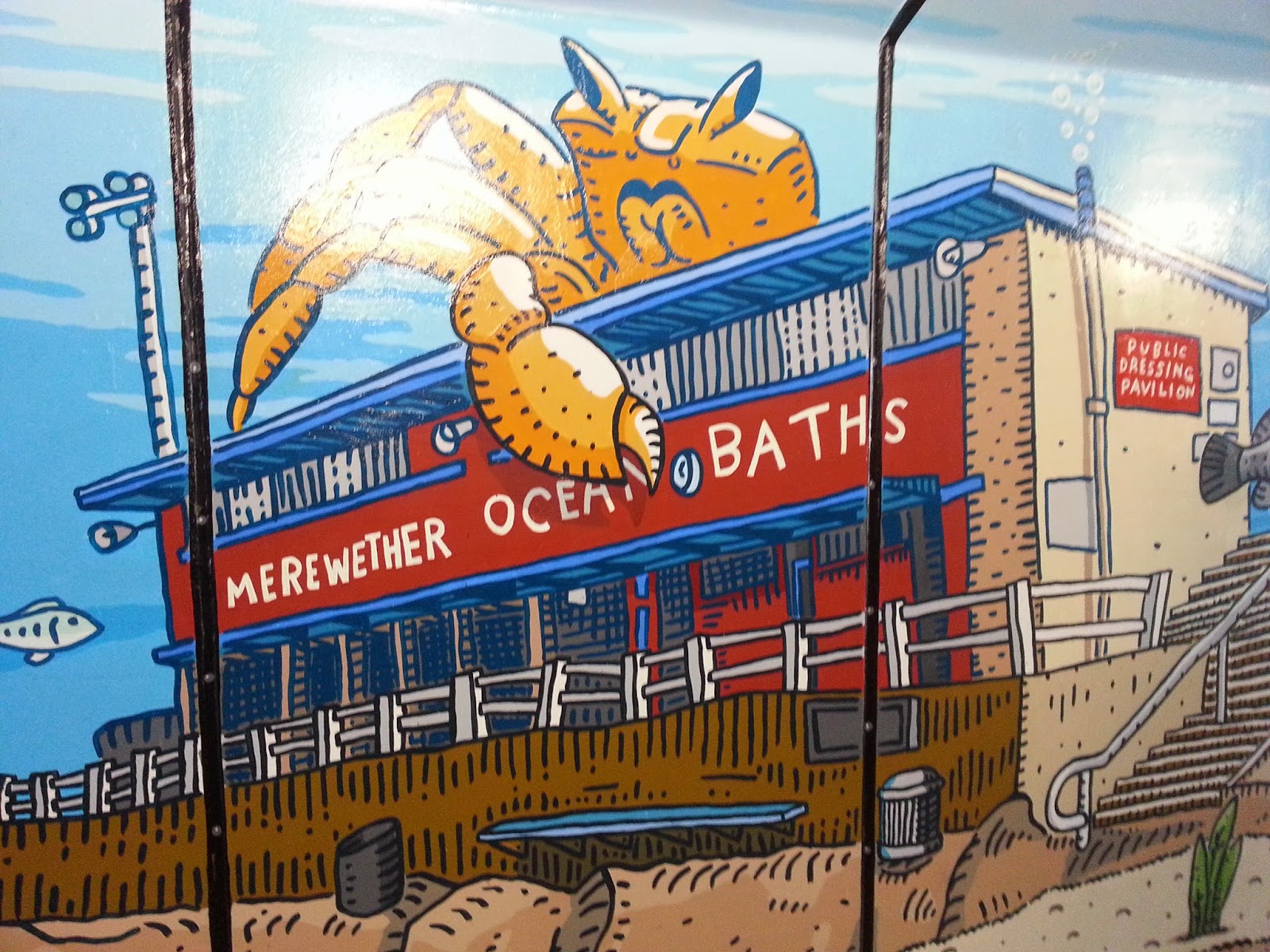 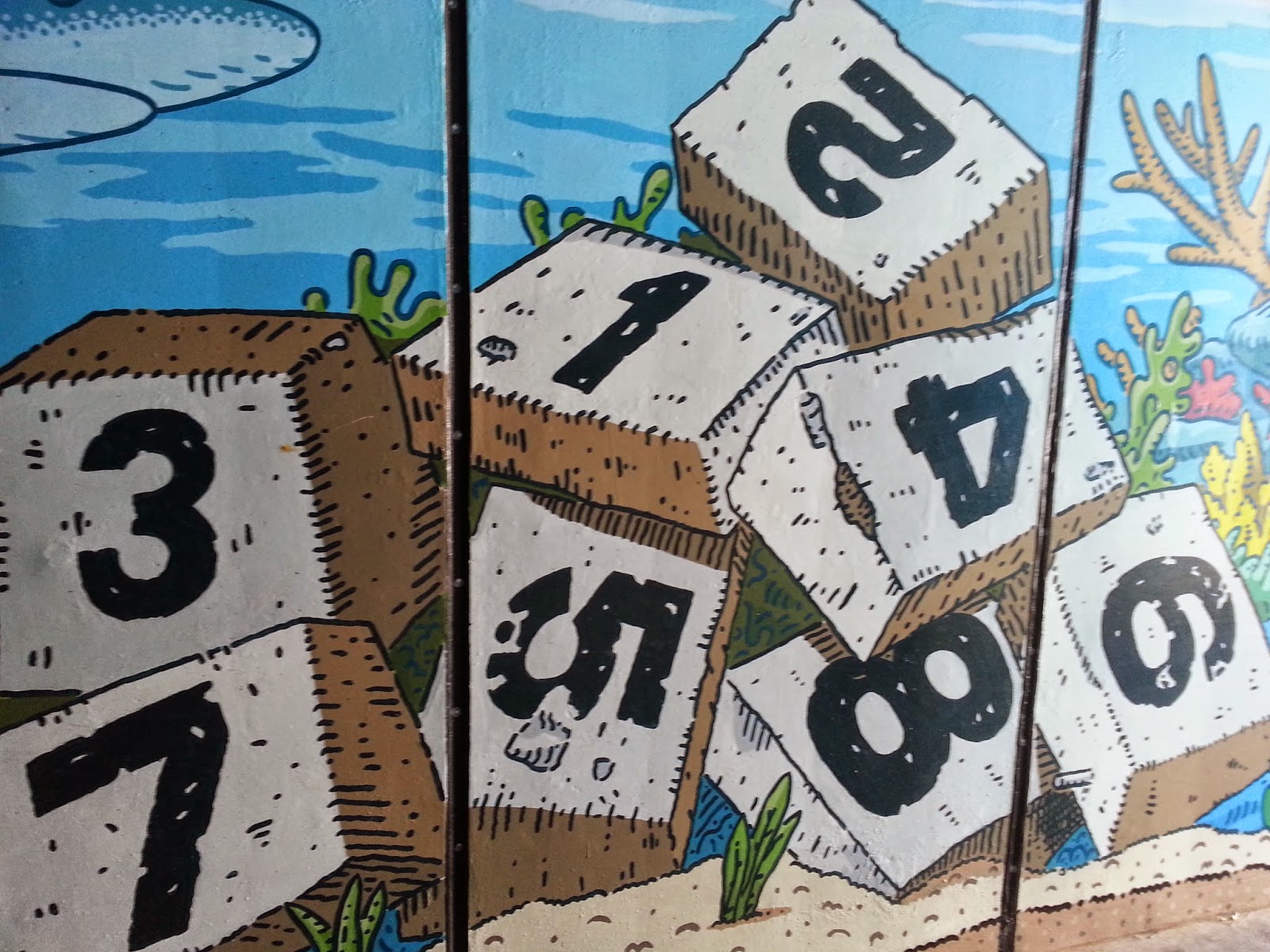 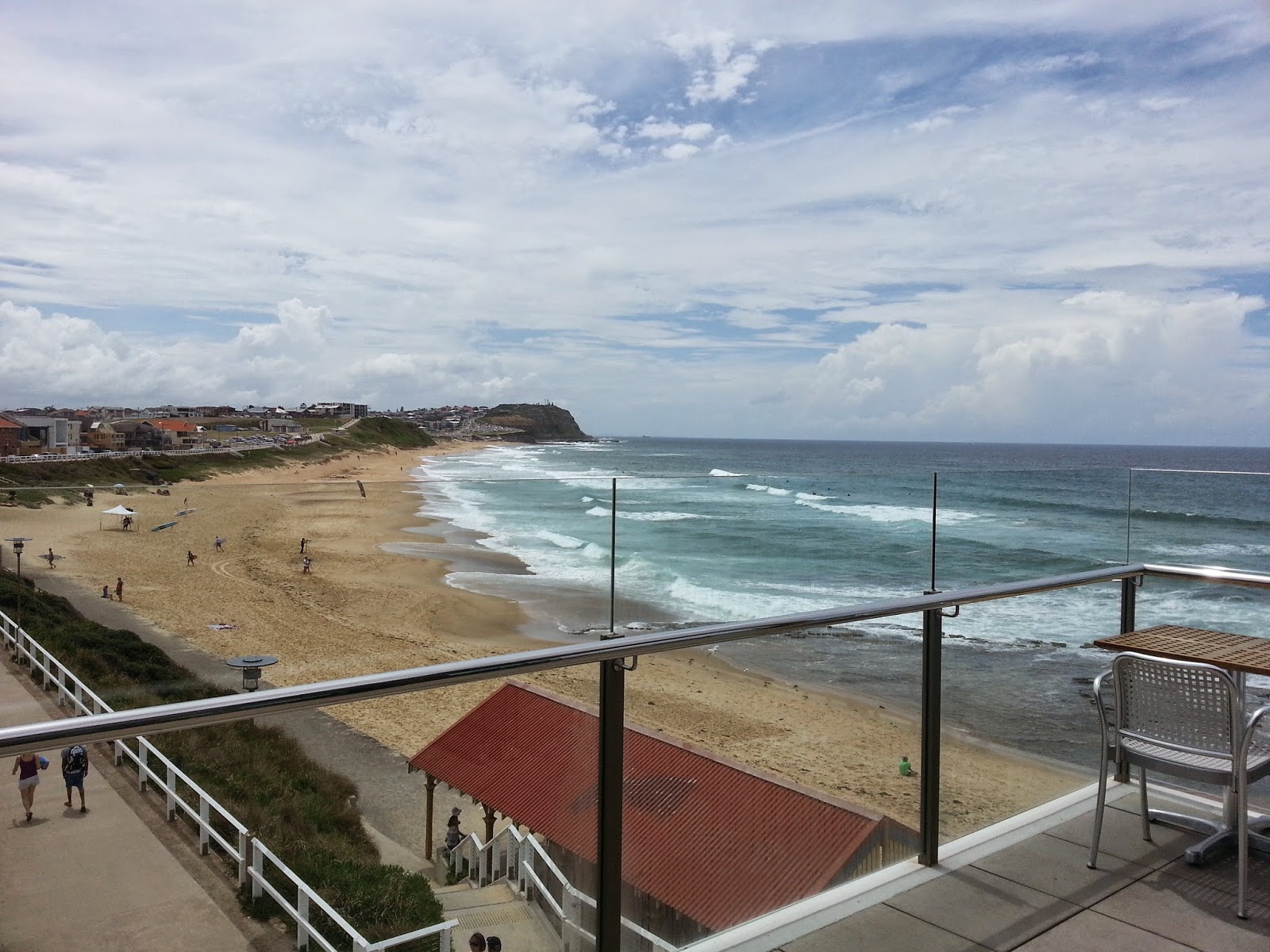 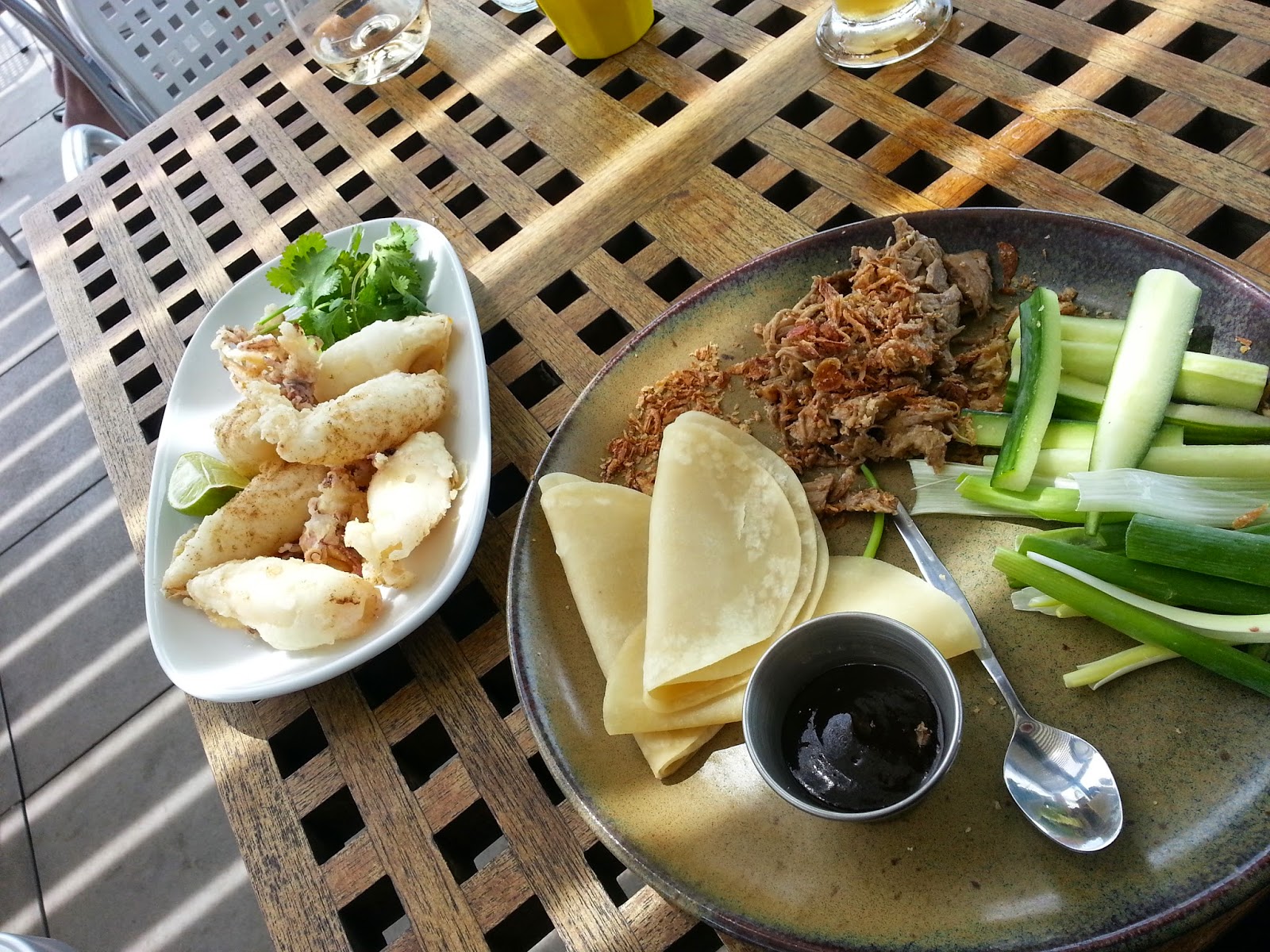 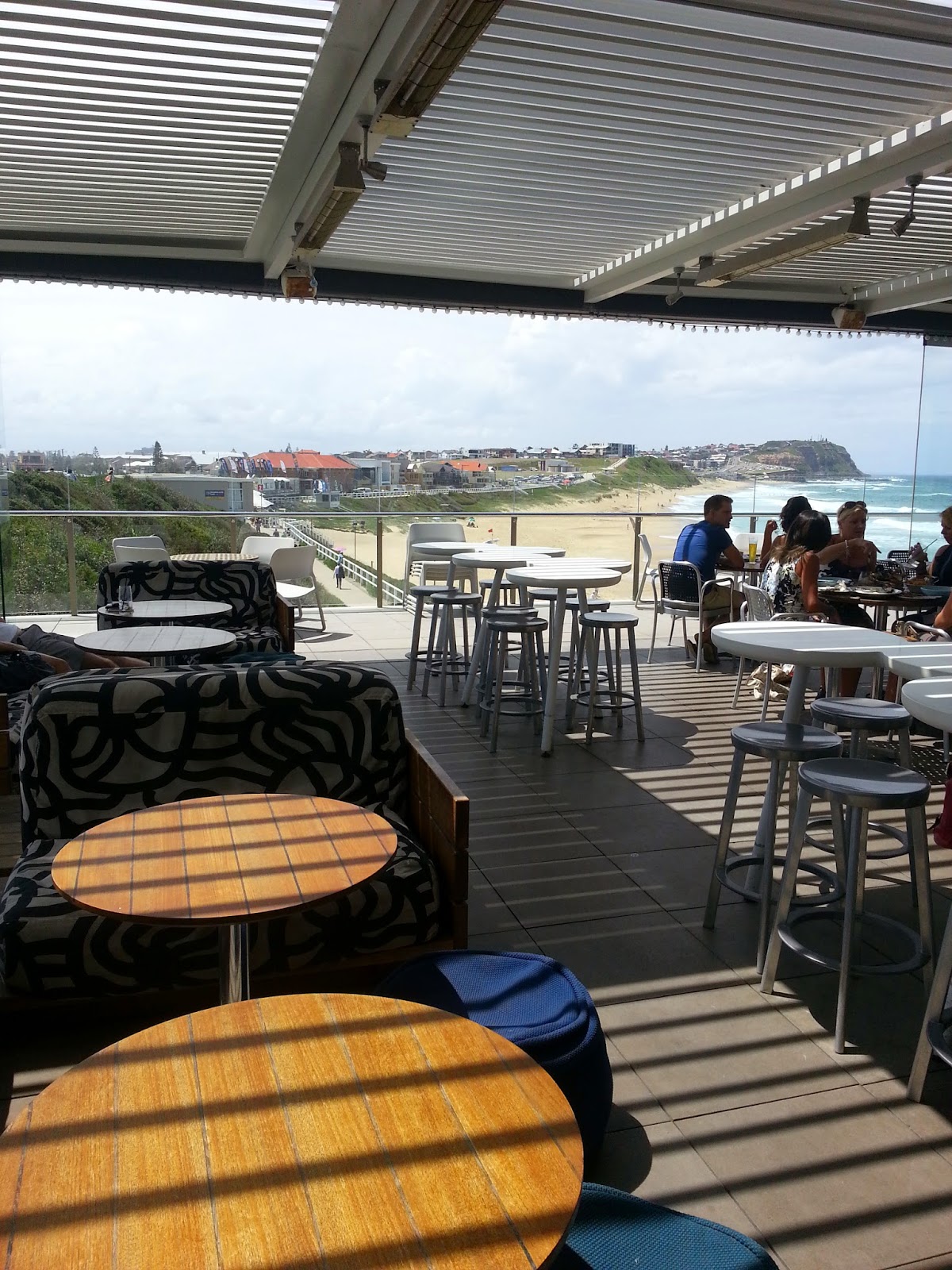 I volunteered at The Regal and The Hospital. 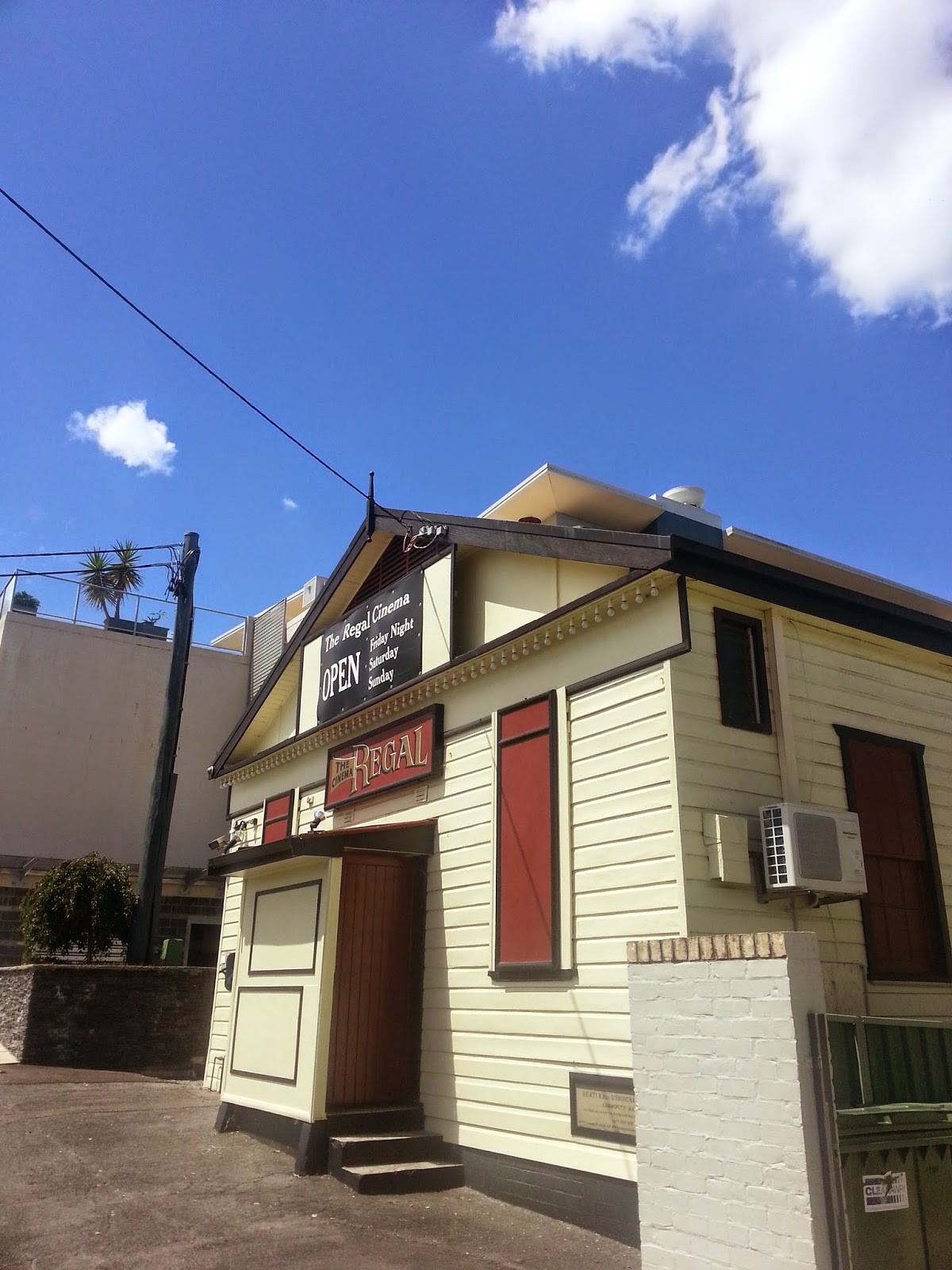 C & I trekked to Maitland Art Gallery to see The Archibalds and their regular exhibitions, both of which were impressive. We then headed to Morpeth, for a wander and lunch at the Pancake and Crepe place. Then the afternoon at my sisters. 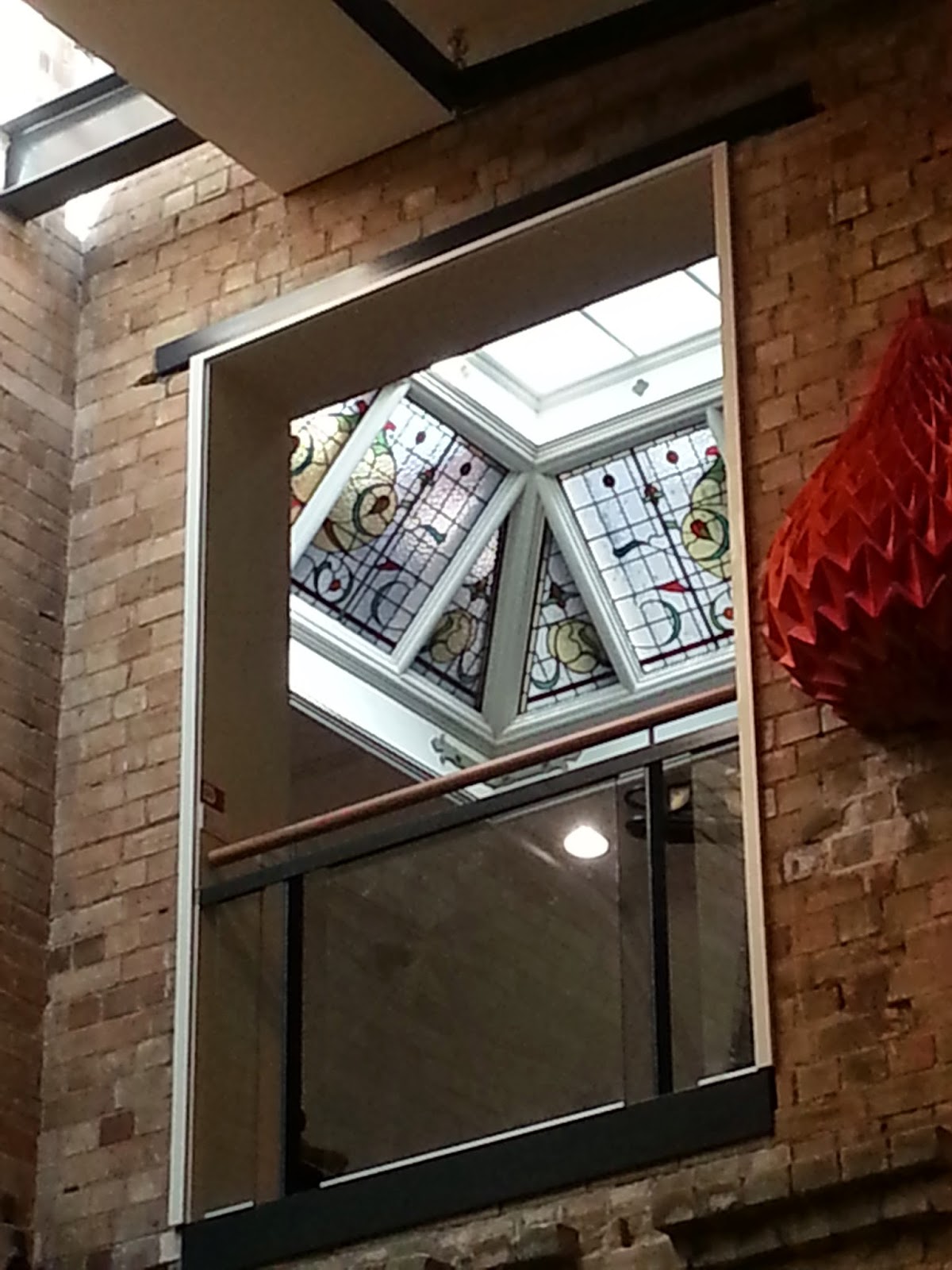 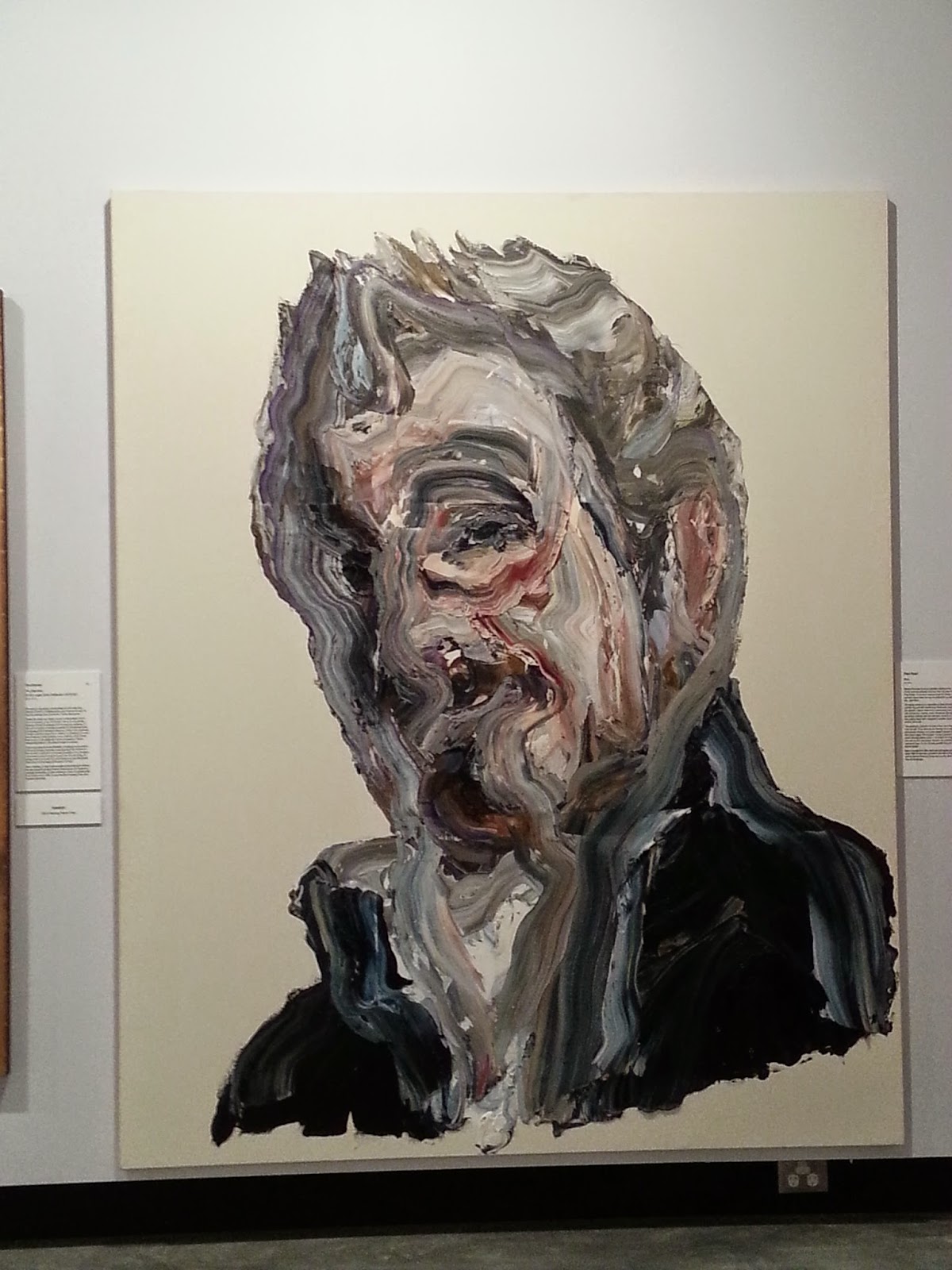 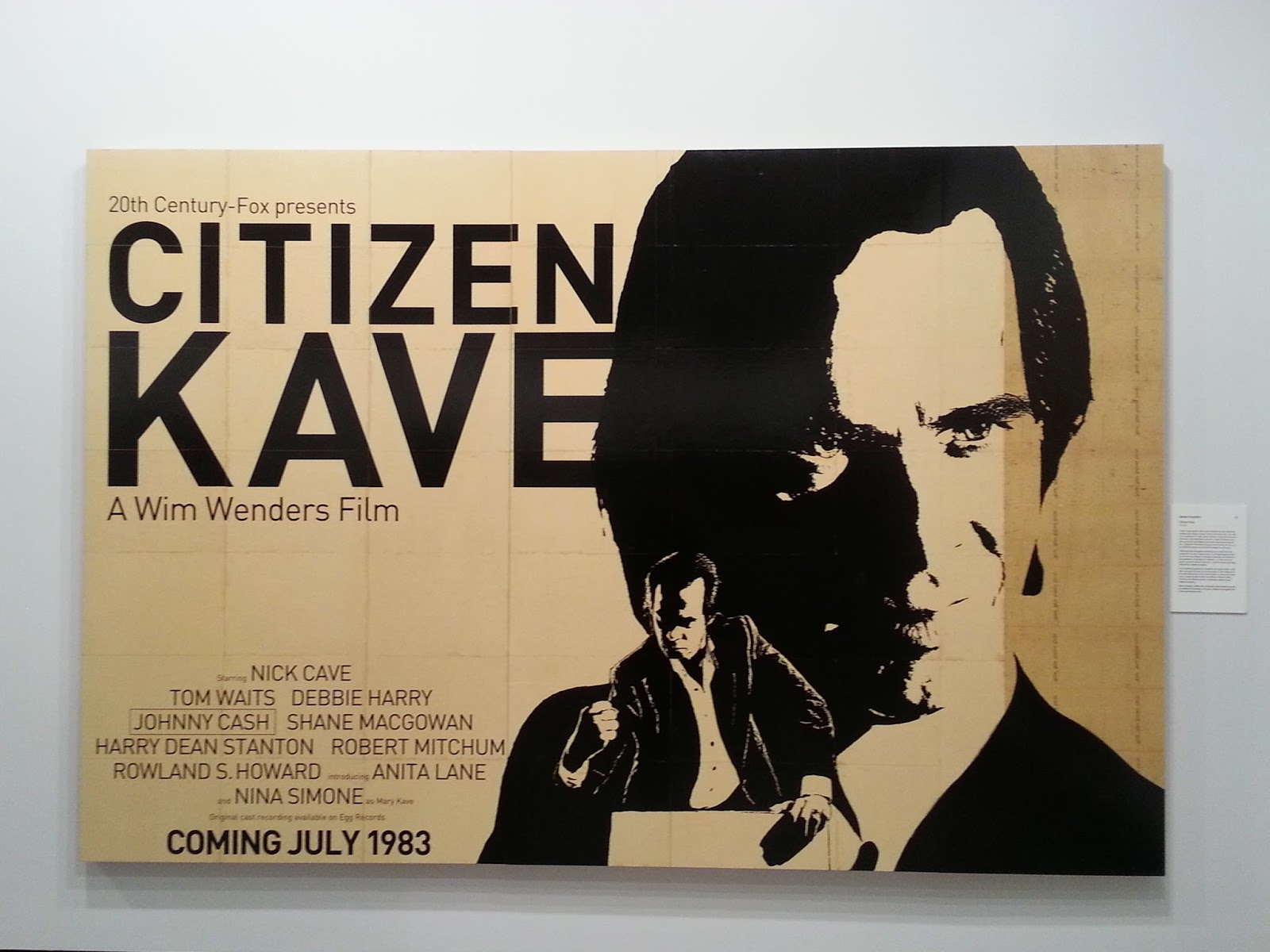 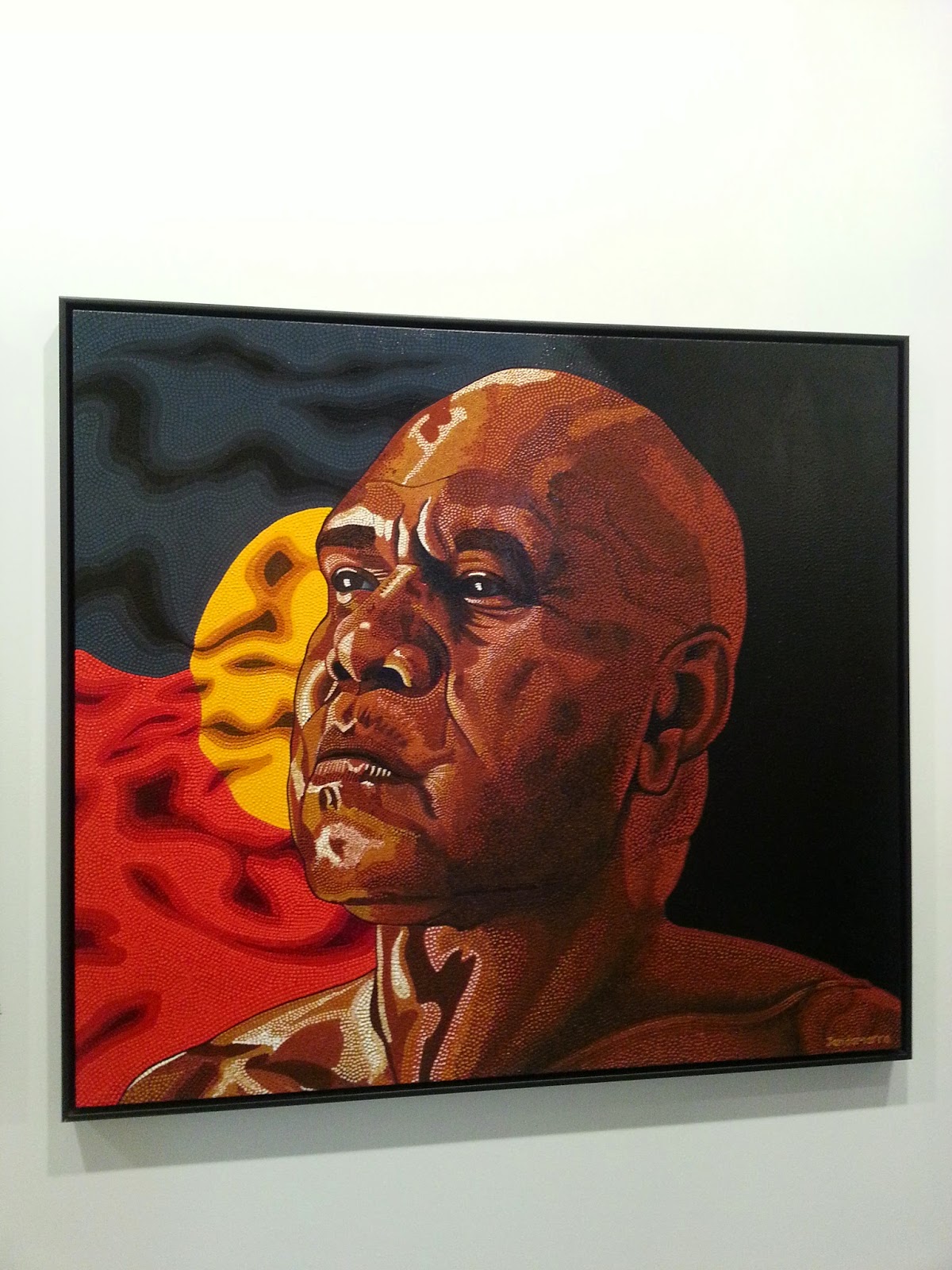 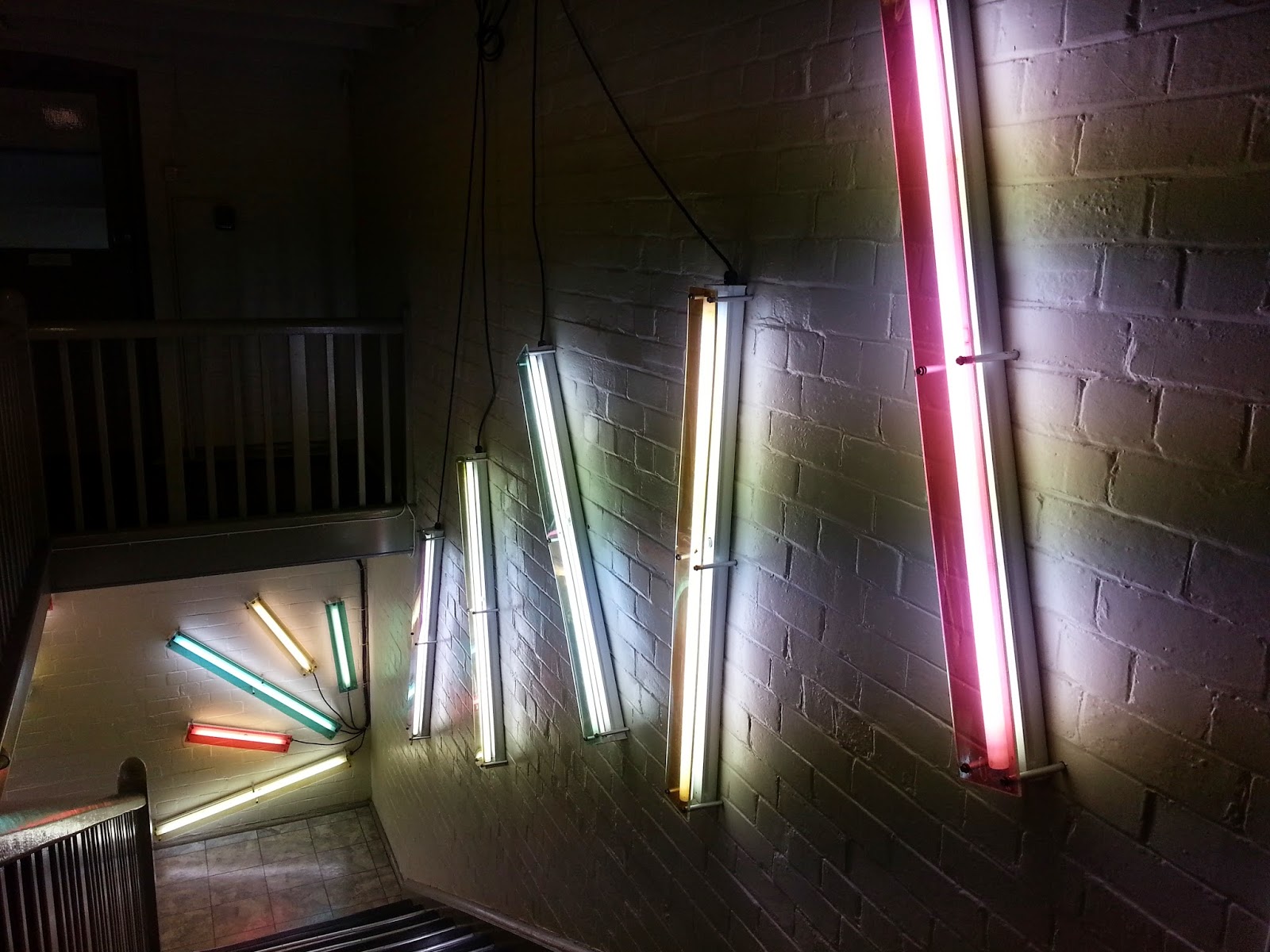 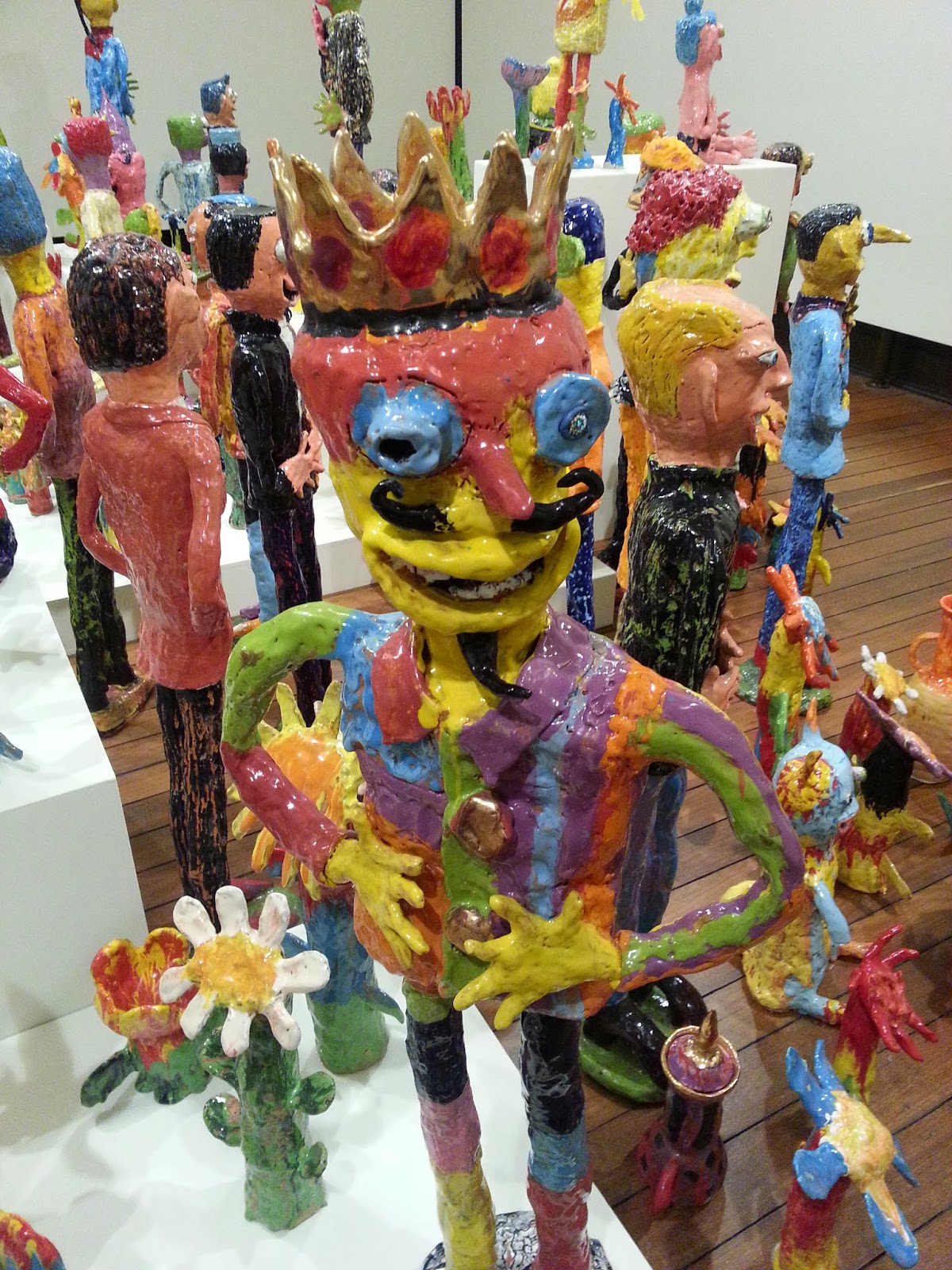 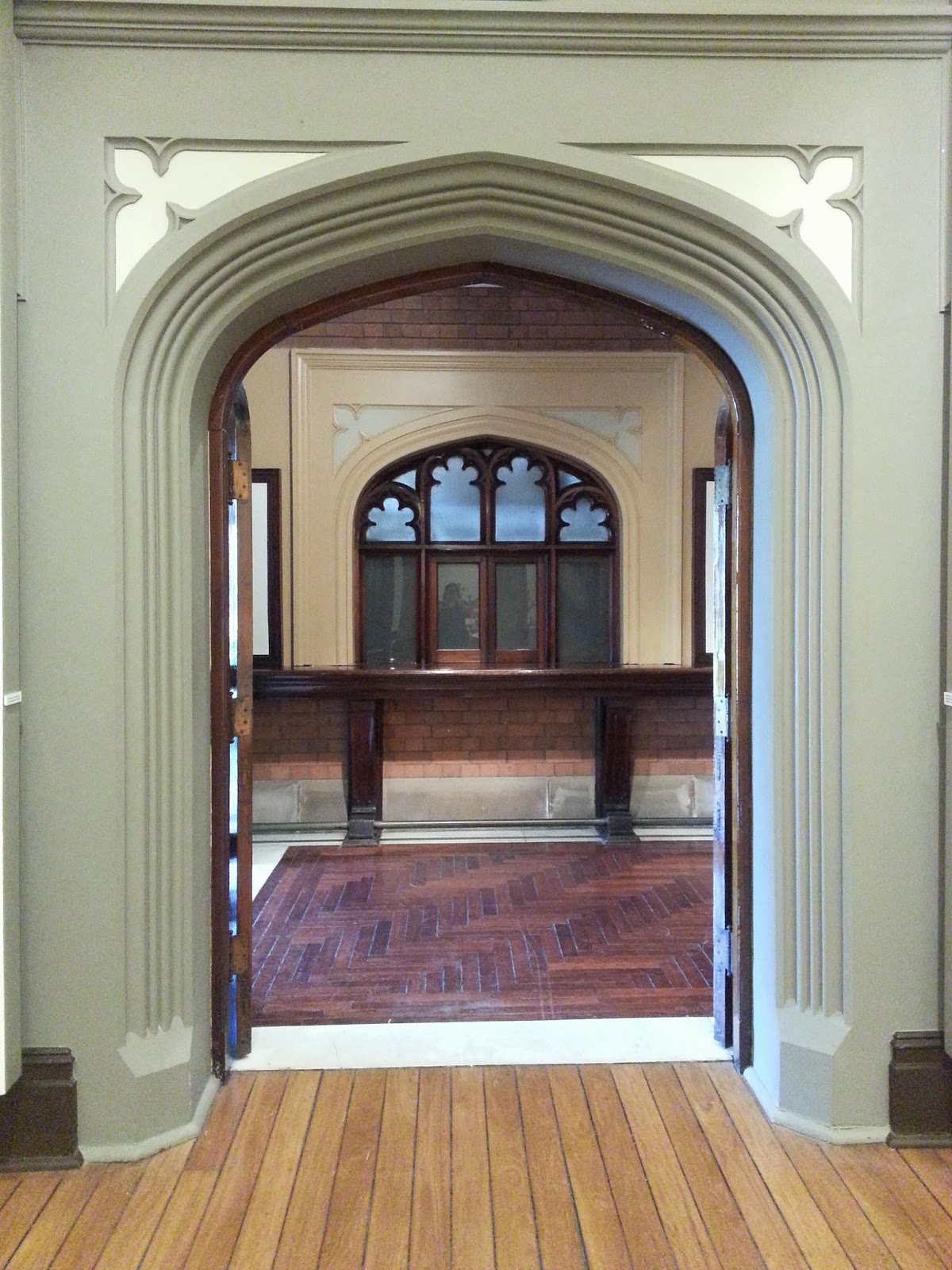 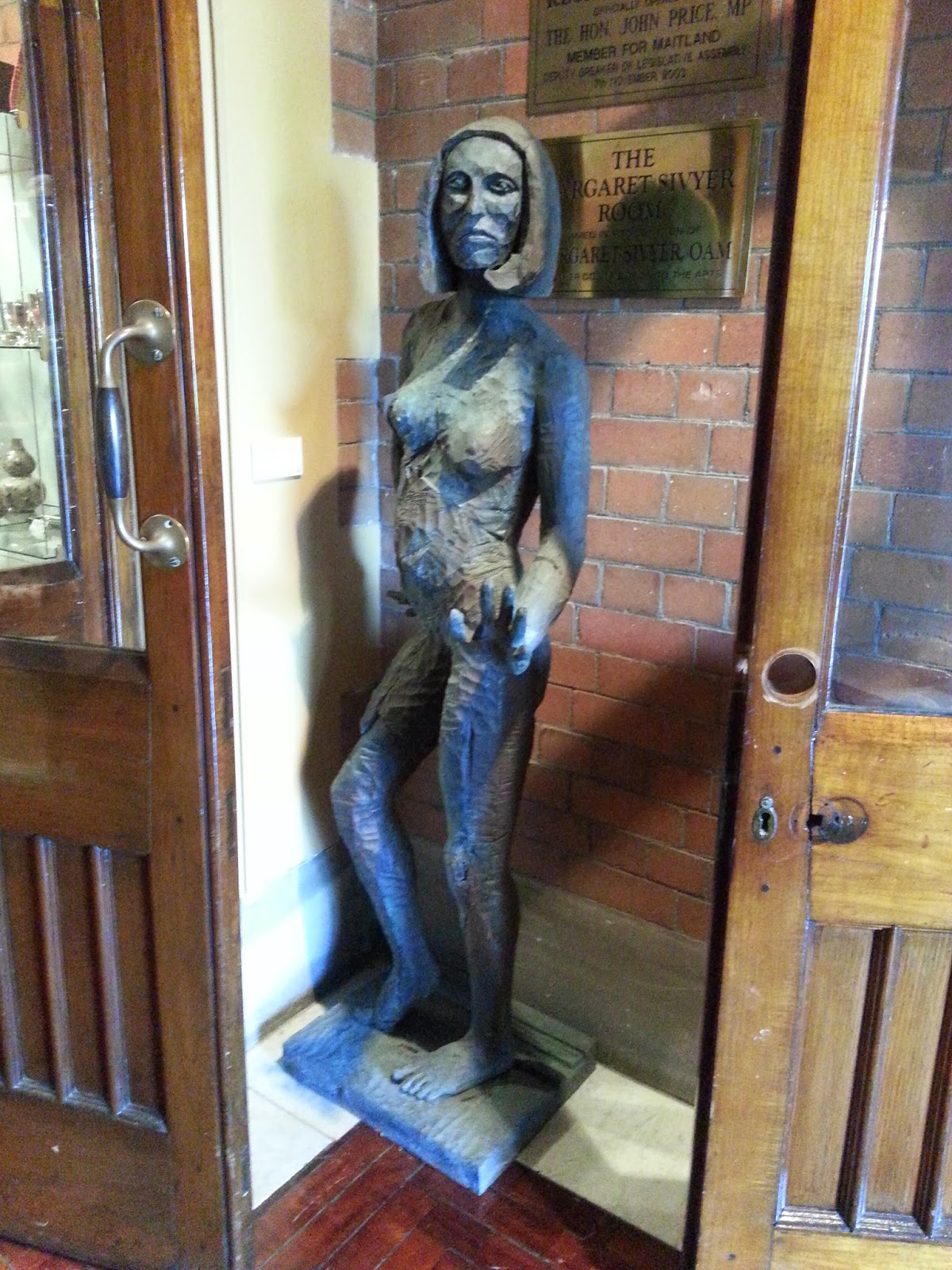 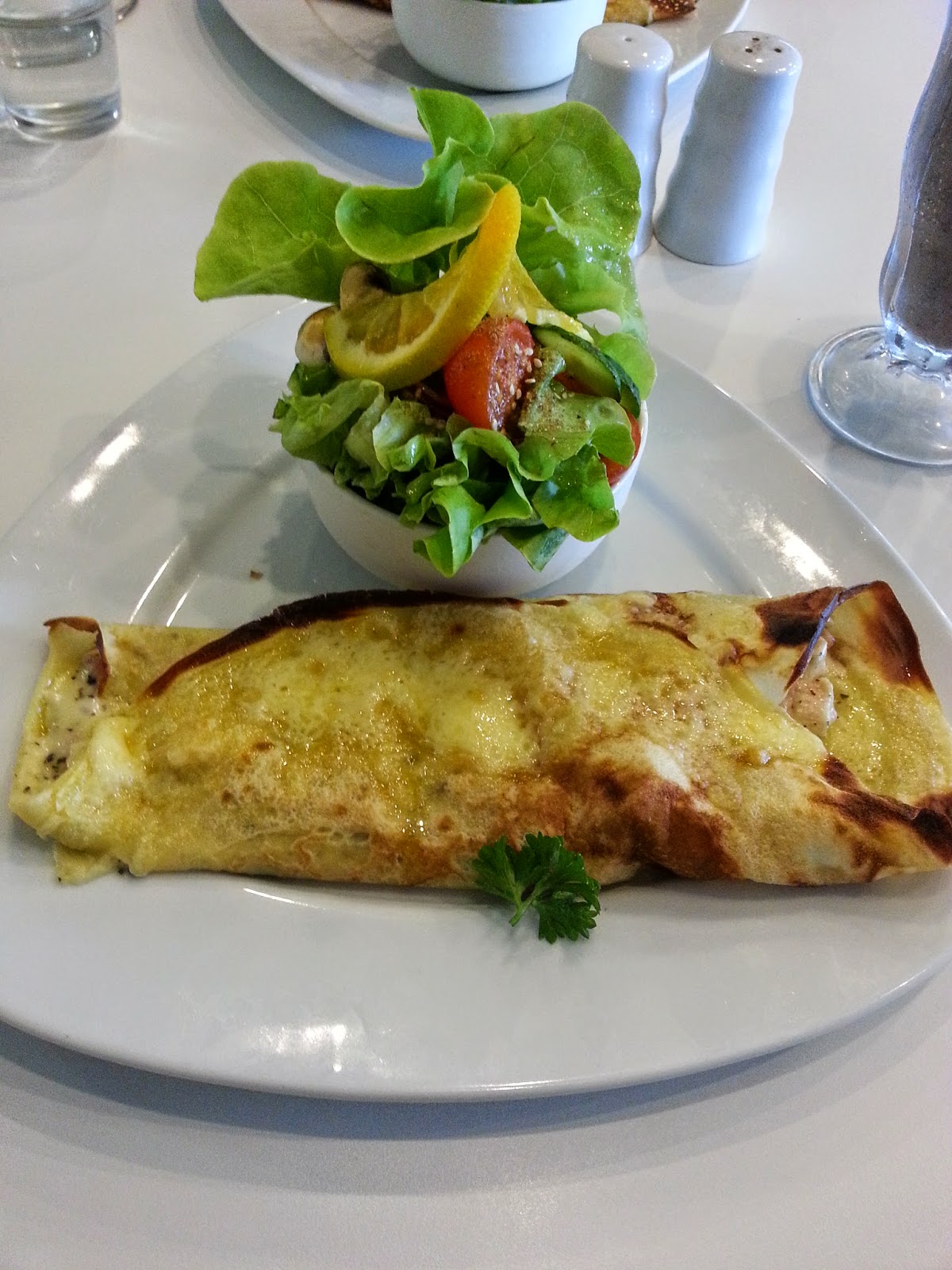 I caught up with my beautiful friend A for lunch at Lambton.

L & I visited Newcastle Art Gallery for a talk about Feminism in Photography which coincided with a great exhibition, then we headed to our first Bibliotweeps bookclub of the year where we discussed The Secret River. 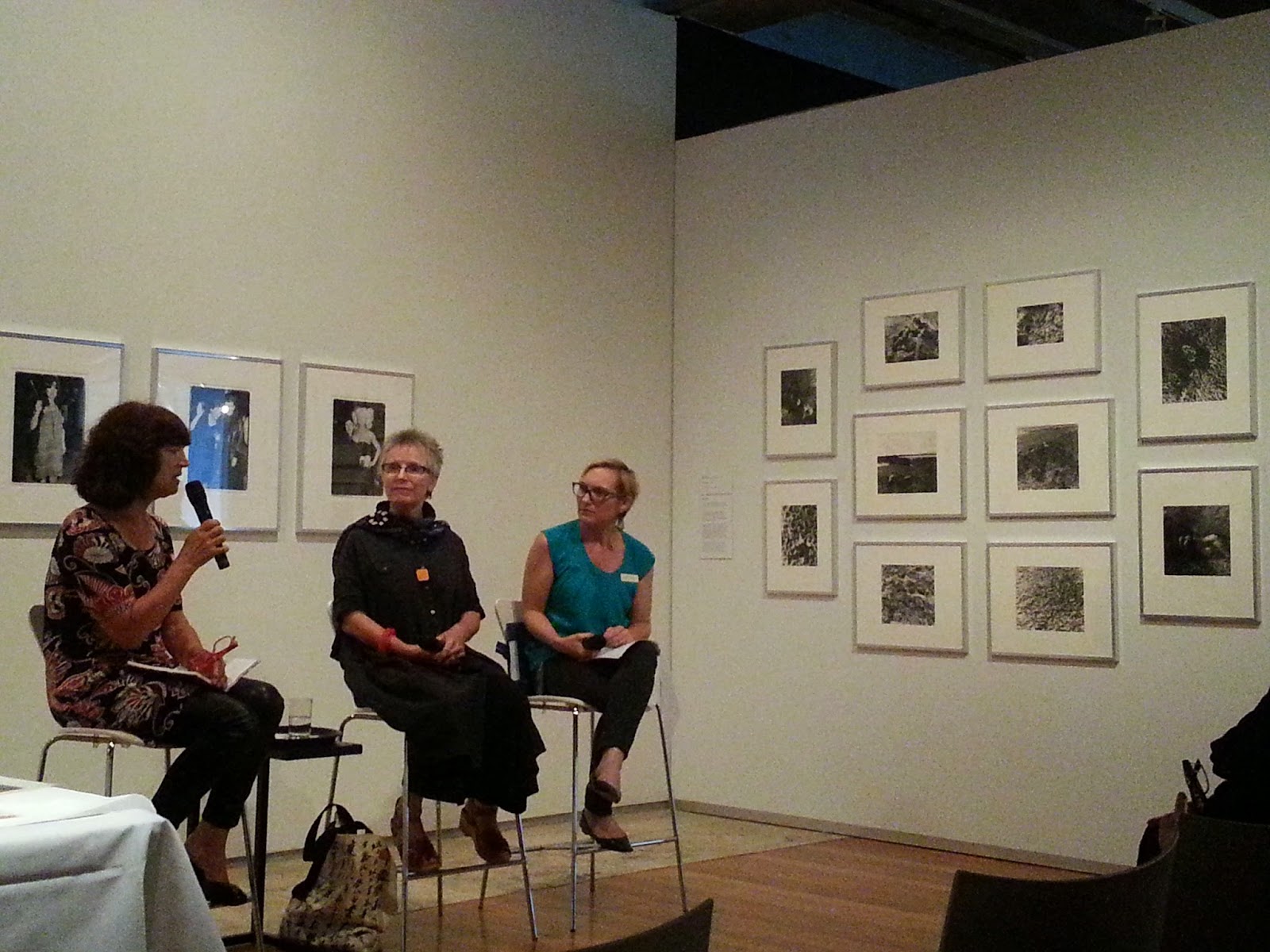 My beautiful friend J brought me this present for Book Giving Day, she made me cry at her generosity. 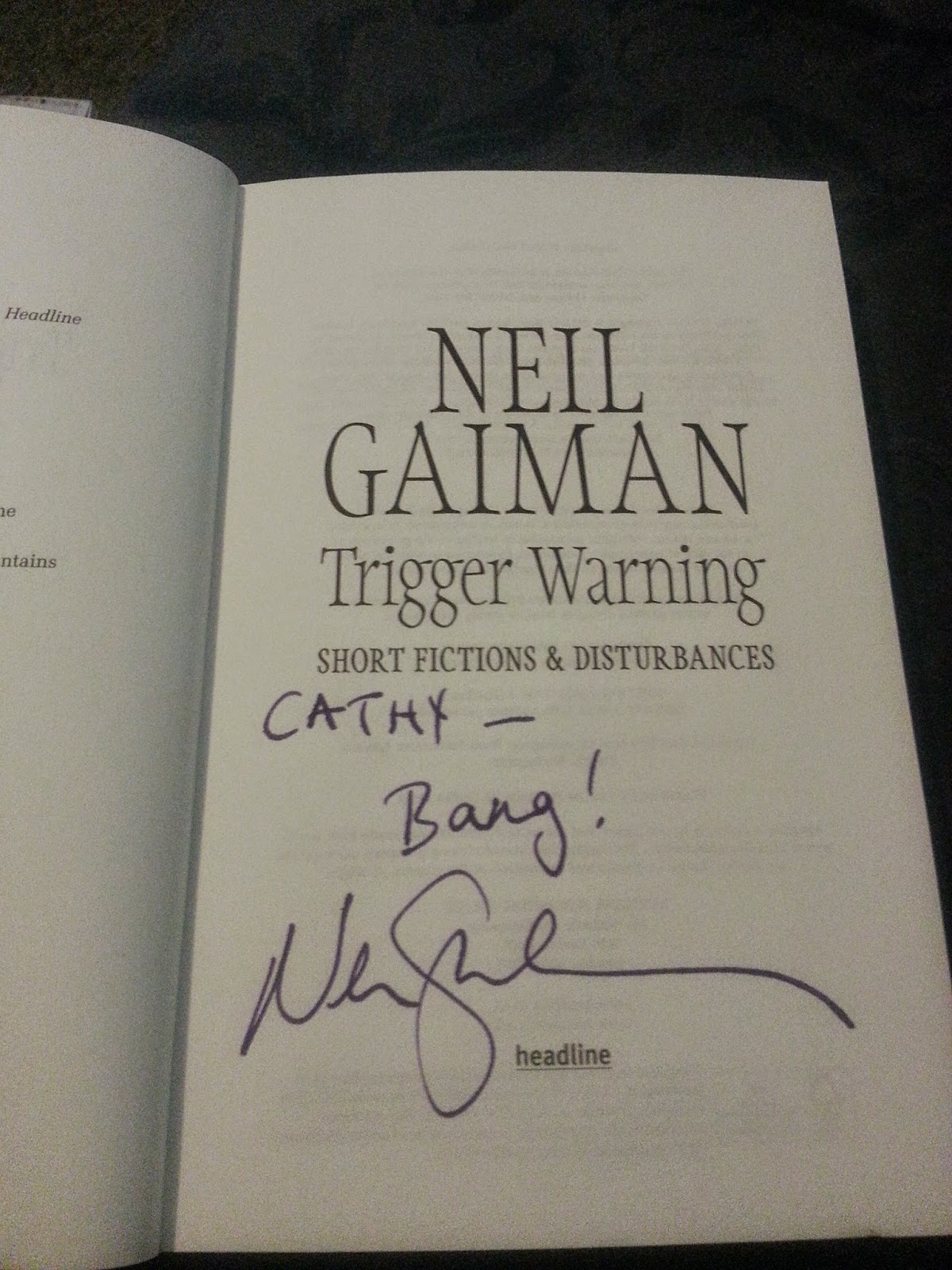 The month ended in style with my gals, A, J & L, and a Scotties picnic and drinkies prior to Carriage Shed Cinema where we saw the wonderful and provocative Venus in Fur. 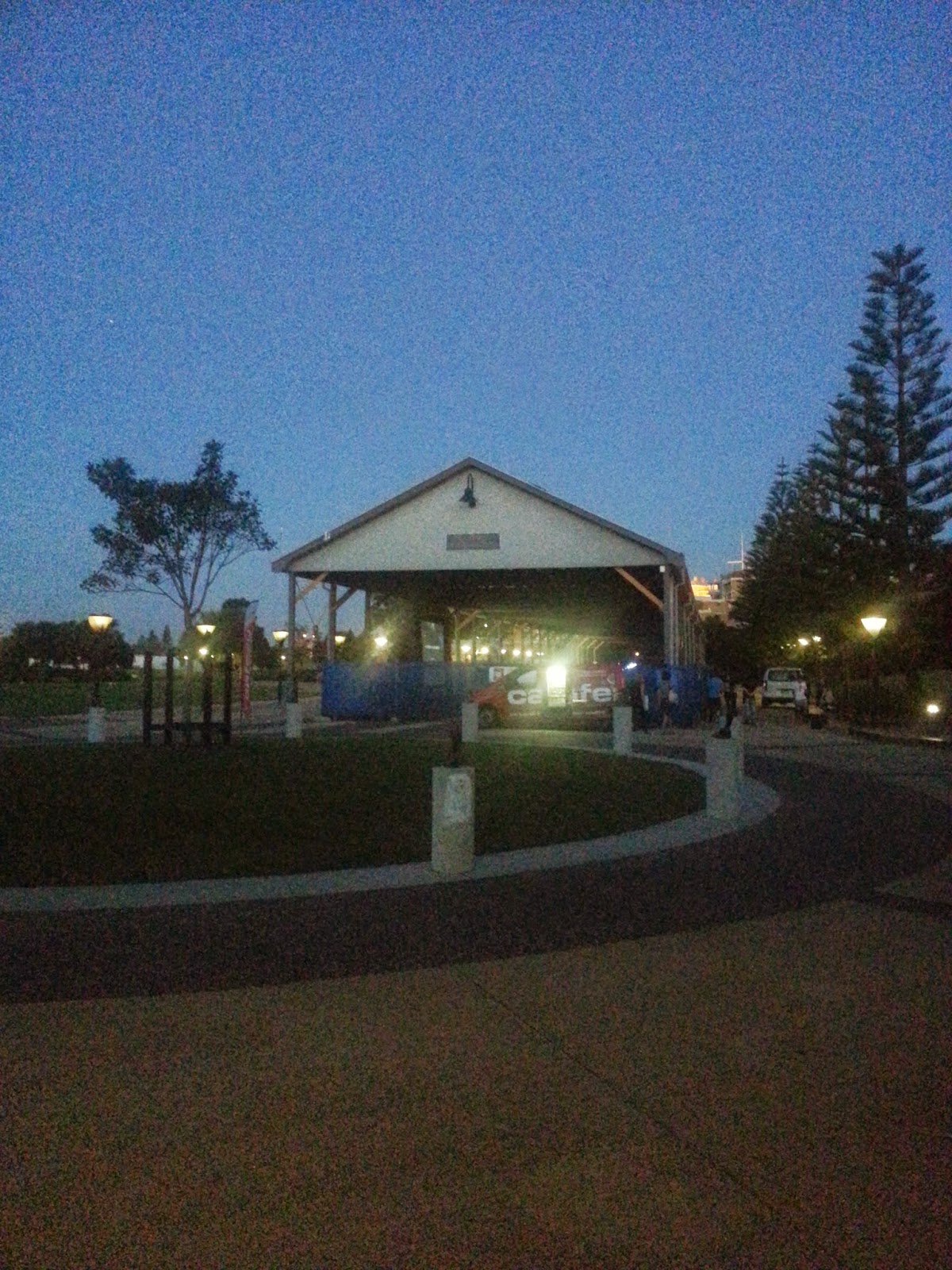 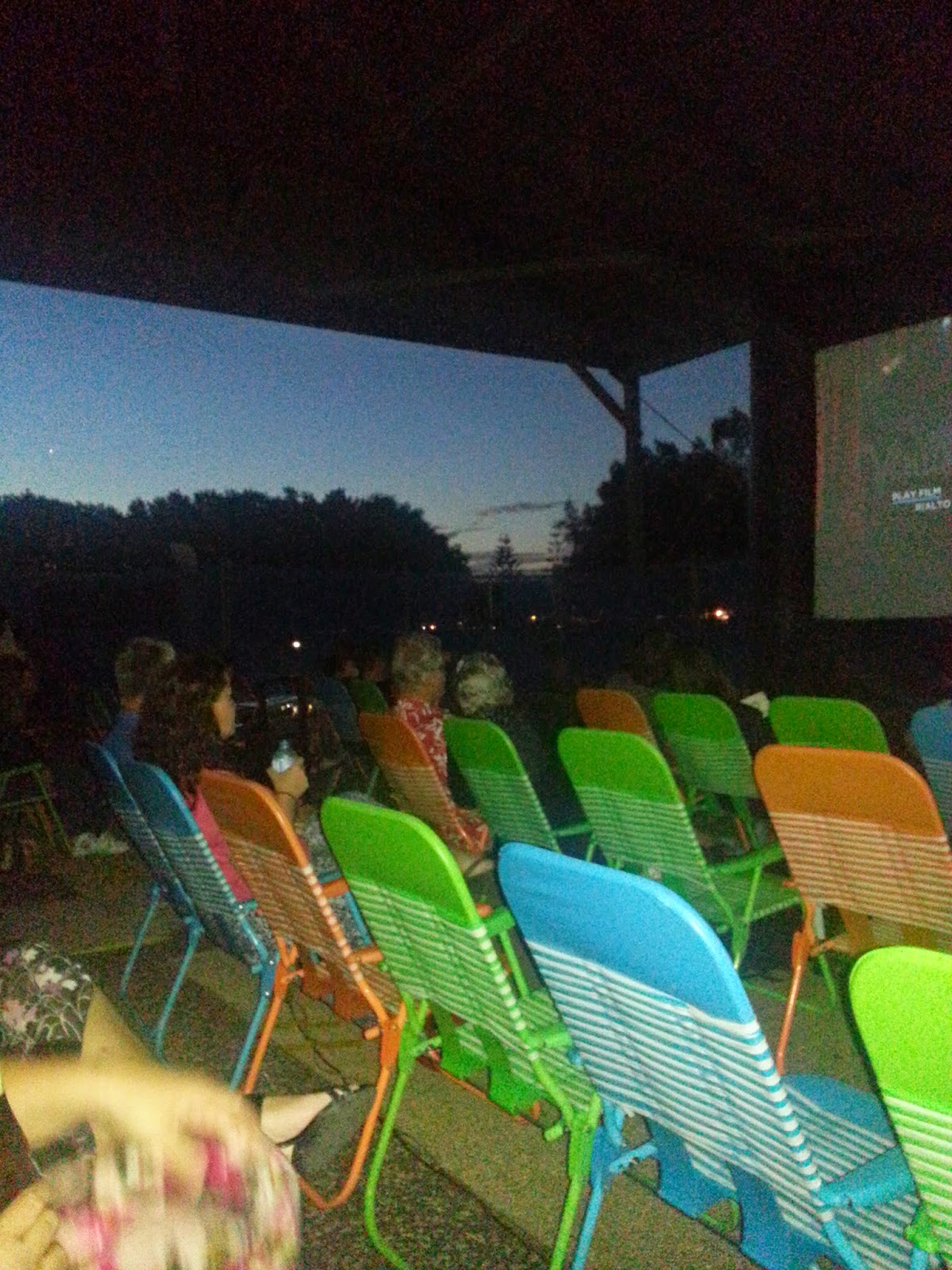 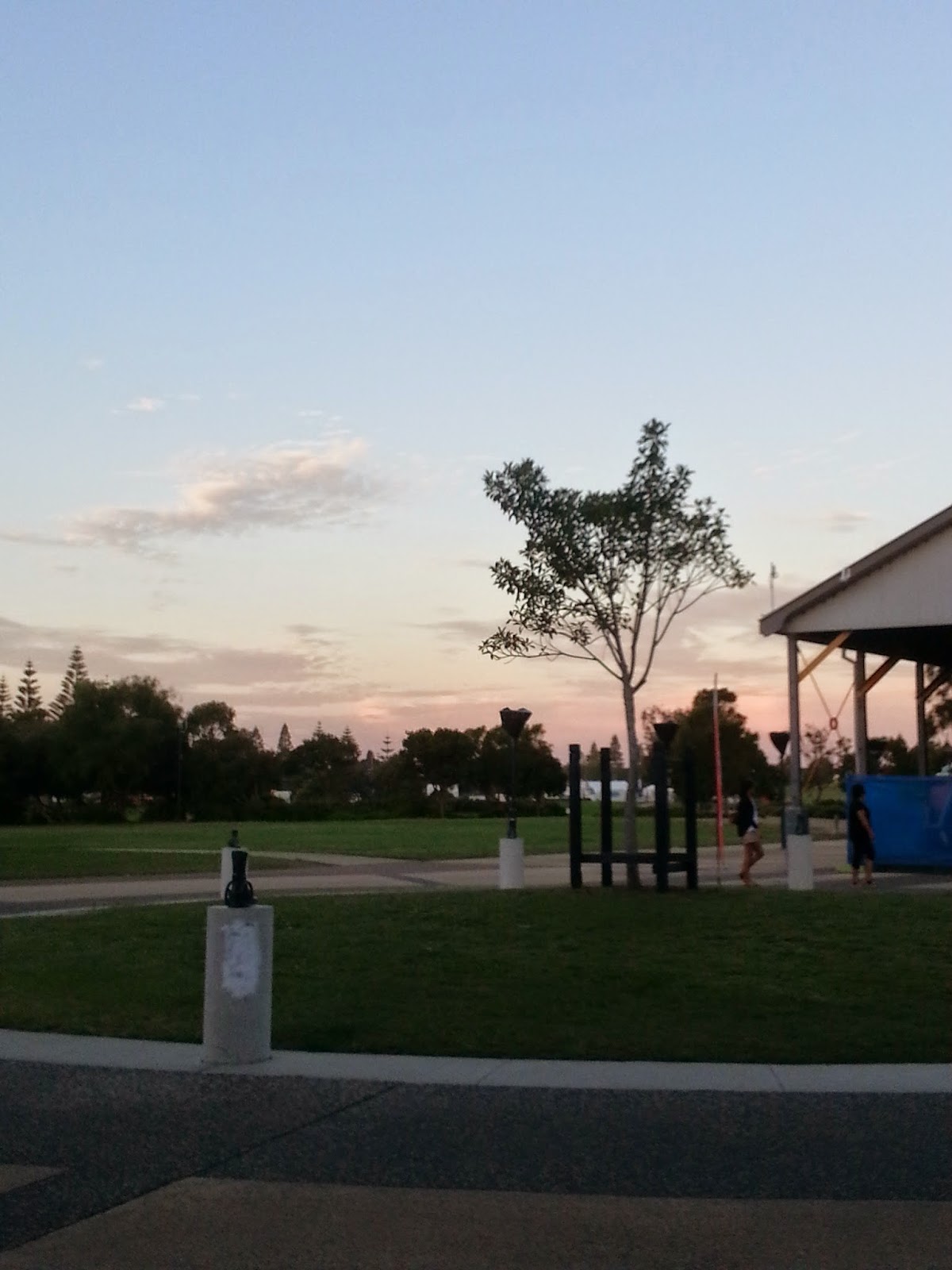 I've been writing a bit for 500 words again. Themes this month were Music and Water, two of my favourite things, so they were my muse:


How Bridge Over Troubled Water became my go to song.

My love for The Sound of Music

Photo and words about my Green point walk

Romance near The Lake

And, as always, here are some photos: 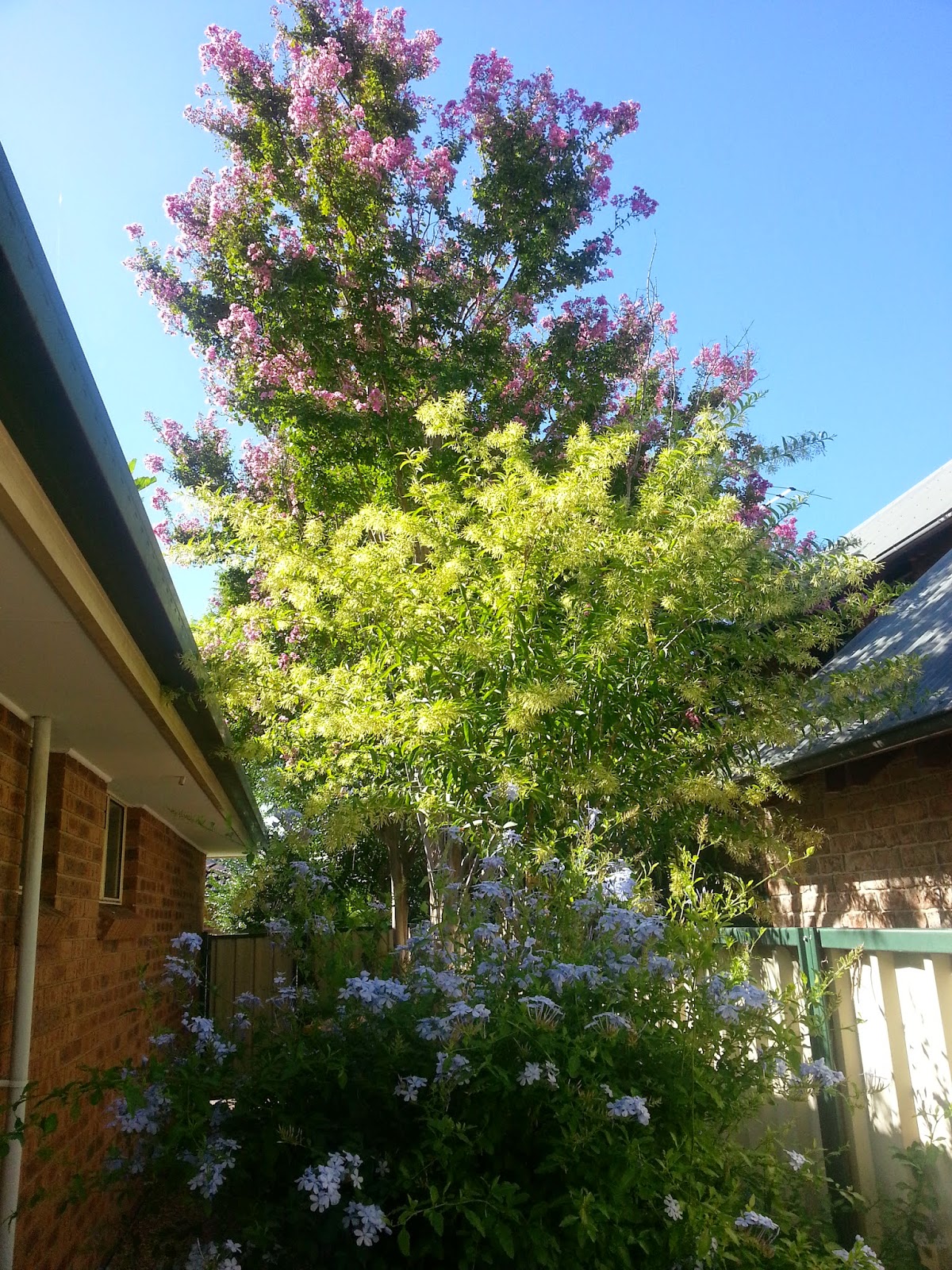 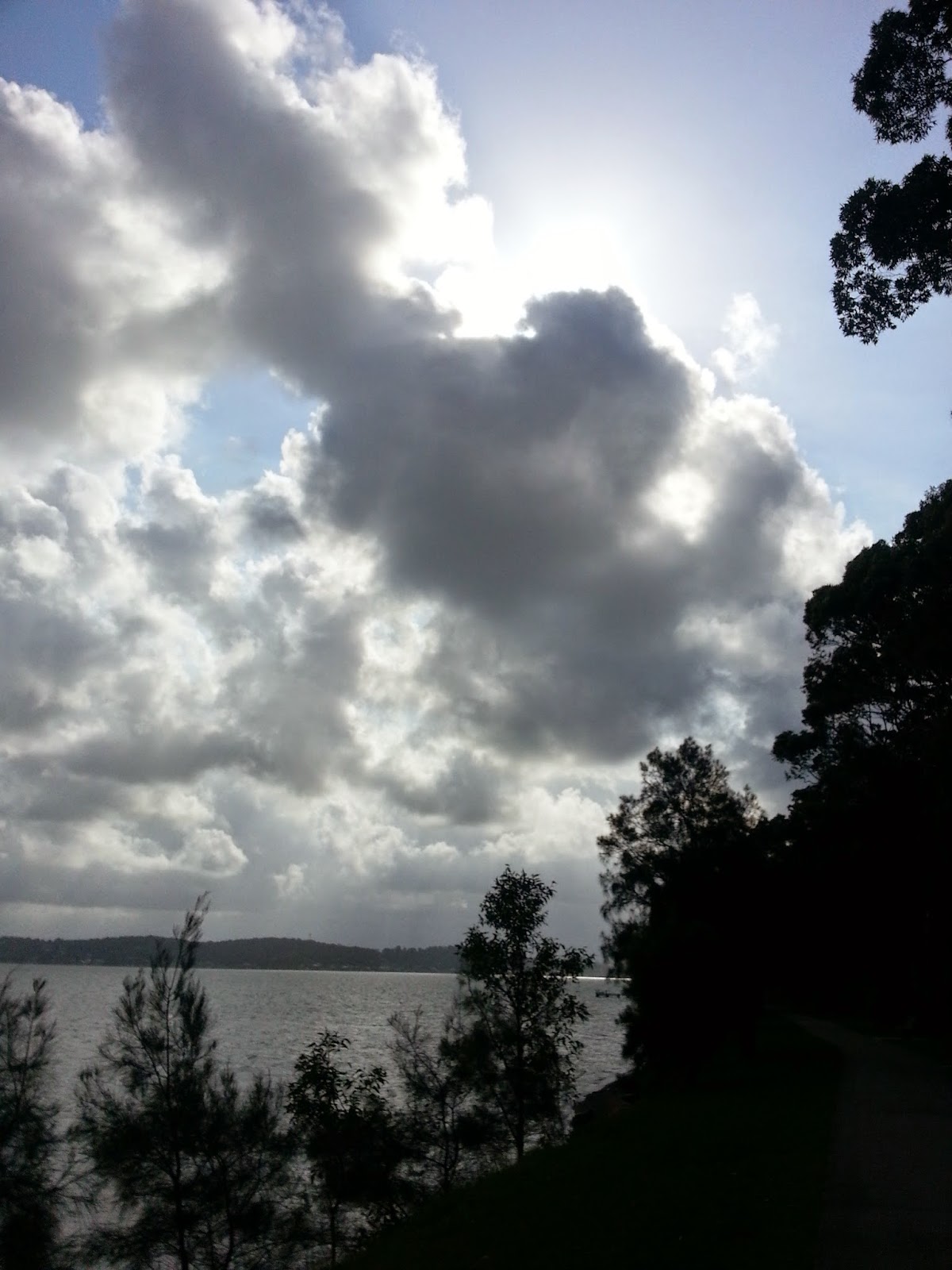 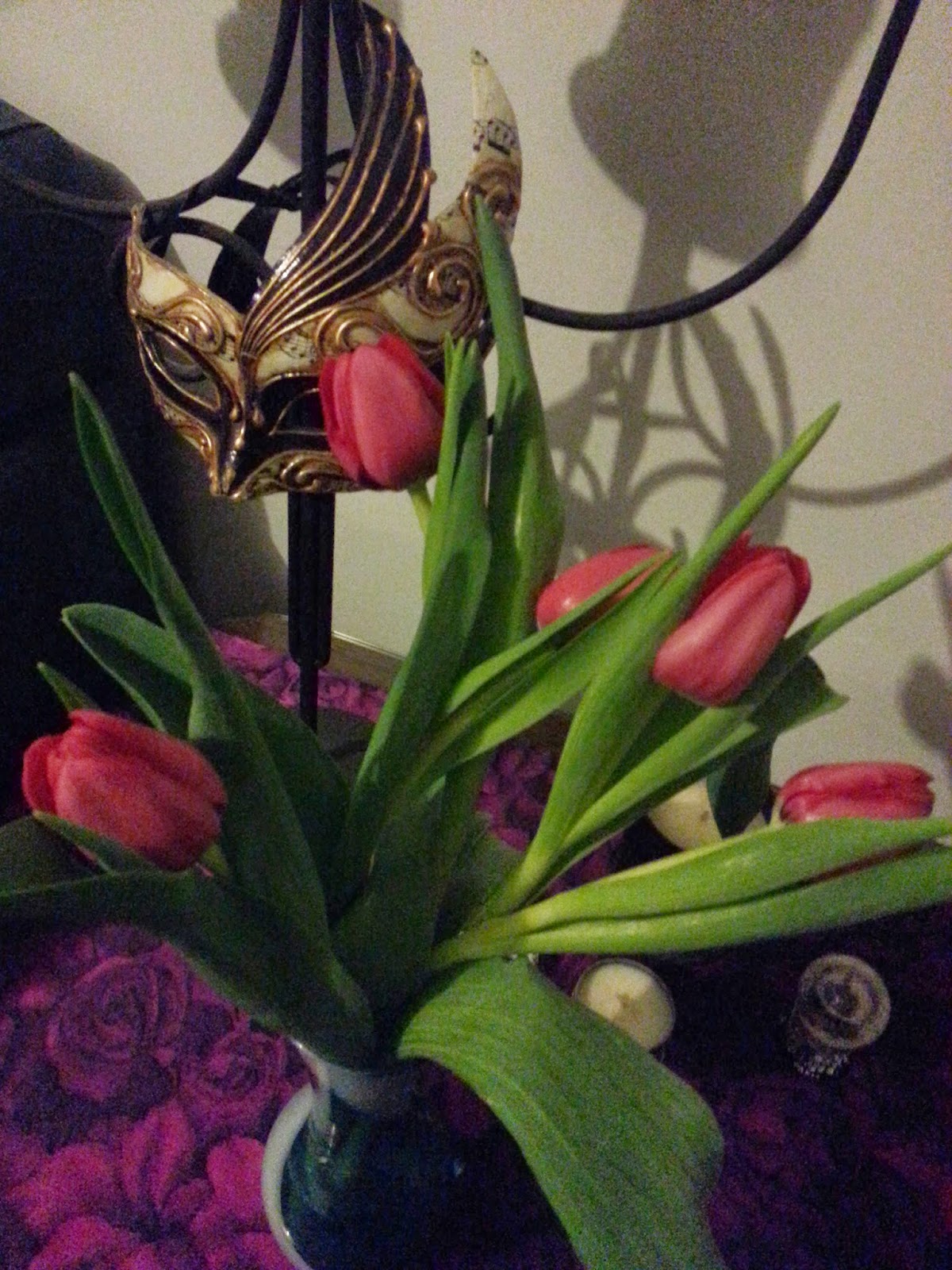 What I've been reading

Not a great deal to be honest, desperately need reading glasses and therefore reading far less than normal.

I did read The Secret River by Kate Grenville for Bibliotweeps bookclub. A modern Australian classic, it tells the story of settlement on the Hawkesbury River by convicts and the interaction between them and 'the natives'. Whilst a work of fiction, it was based on mostly fact and written very well. This is not the sort of book I would normally read, but enjoyed it thoroughly.

I followed it up with Searching for the Secret River, Kate's follow Non-Fiction book which details her research and findings for the background material of The Secret River. It's a fascinating read, and especially promotes the worth of libraries for research.

I did dream away and drool over Veranda.  A coffee table book with the best photography from Veranda Magazine. Veranda does beautiful European homes, gardens and so forth. Always amazing, and always stunning, the book was a heightened version of the magazines.

I also had a flip through a whole lot of little pamphlet type books of photography Newcastle suburbs. Whilst some of the photography was quite good, I thought most of it was very ordinary and no reflection of the suburbs chosen at all. What a shame. It was locally produced and I know so many amazing local photographers, I just thought it could have been done so much better and with more substance and depth.

What I've been watching

Broadchurch S2 - started with a bang and so far has kept my attention much as the first series has. Tennant and Coleman continue to shine as melancholy detectives. Also love seeing Charlotte Rampling and Eve Myles (Torchwood) in this season.

Fortitude - new series set in The Arctic Circle with Christopher Eccleston, Richard Dormer, Michael Gambon, and Stanley Tucci. Whilst it is no Broadchurch, it is an interesting murder series, mostly due to it's location and stunning scenery...ok and Stanley Tucci!!!

The Moodys - Love this series, I wish they would make more. Australian family in suburbia, very funny, slapstick at times, yet incredibly endearing.

The Office  - the final season part 1, look this is still better than most comedies, but they should have closed this off earlier, it's starting to drag. As always the most laughs are from Rainn Wilson, who is superb.

Once Upon a Time S3 - I love this show so much. Yeah the acting can be a bit wooden or OTT showy, but it's fairy tales!!! It has to be!! I love the inclusion off Wizard of Oz this season, very clever. ANd that's it, the way the show interweaves the characters from all sorts of fairy tales (not just the regular ones) from books and film, is incredibly clever, very witty, and also heartwarming. It's all the cliches and then some, great costumes, and a lot of magic. How can you turn your nose up at that. Plus the very sexy Robert Carlyle at Rumpelstiltskin...oh my!

Brilliant Creatures - was a great documentary about Clive James, Germaine Greer, Robert Hughes, and Barry Humphries. This was just delicious, so interesting and fiercely intelligent. A must see...if only to see what a spunk a young Robert Hughes was!!!

Belle and Sebastian - is a great french family film about a young boy who befriends a wild dog during WWII. Beautifully filmed and acted, and at times quite sad, this is highly recommended.

What I've been listening to

Popular problems by Leonard Cohen - this is another great album of originals by the master, he just gets better with age.

Shadows in the night by Bob Dylan - this is Bob's new one and like Leonard also getting better and better. This is a covers album of standards, and whilst that might make you cringe, it is really listenable and quite good. Interpreted in his way, with his cracking band, but the interpretations - to me - are all about the words of the music. Which is very interesting, and so very Bob.

A-Z Jazz by James Morrison - The is a great double of jazz classics, moderns, and standards. Bright and buzzy and very James Morrison.
Posted by Cathy at 10:43 AM No comments: