April was fabulous, I got lots done, work was crazy busy, and I had fun.
The month started with the wonderful Newcastle Writers Festival, which was also the end of my little staycation.
I finally framed some of my art and hung them in my place! 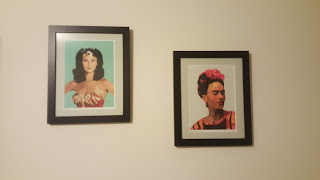 Work was full of training, me working with our new trainee, all of us doing this marvellous strength training and various side projects relating to it. I did plenty of stock work, we had great school holiday programs, and all the usual stuff! We also headed out for a team dinner at Parry Street Garage, excellent meal! I am lucky to have such a great job, I really know it. I have moments of frustration, but that’s because I love what I do and want perfection and wonderful and to get that you need to trample through mud to get that. But you know, mostly my time at work, makes me smile and feel content and for that I am grateful. 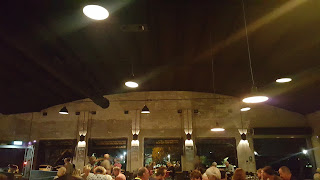 I finally succumbed to the NBN, which after some initial annoyance is working wonderfully and as part of the deal got Foxtel installed. Trialling it for free for a few months, so loving having access to some things, especially Game of Thrones live! This was rather time consuming and annoying to get moving, but glad I kept pushing through as it is great, saving me money, and adding a little extra couch surfing to my life, lol! 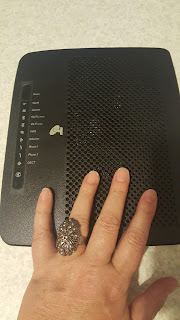 I spent a late Saturday walking around the beaches in Newcastle and witnesses the most spectacular sunset at Nobbys. I really cherish living in an amazing town where I can do such things, be with my own thoughts, take some photos, daydream, and be me. 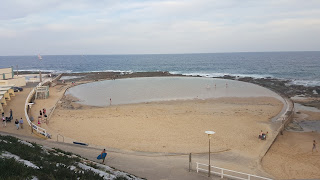 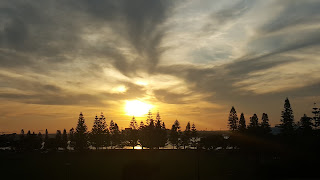 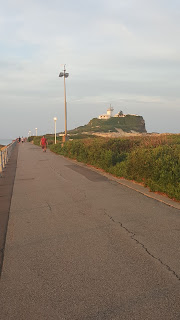 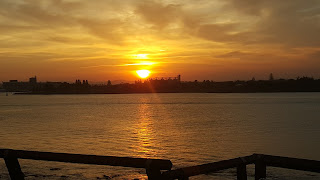 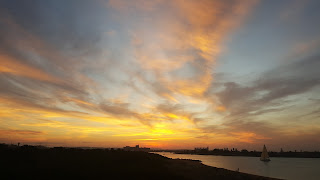 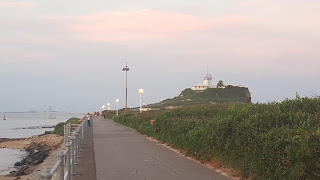 I got to meet National Treasure, Tom Keneally and his lovely daughter at the latest Share the Story with Carol Duncan at Belmont Library. 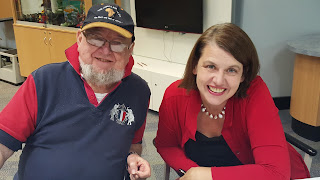 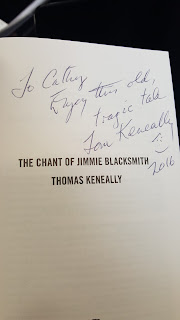 I saw the latest David Williamson play at The Civic with M and P, which was good but not great. 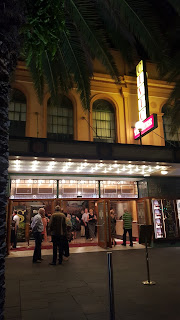 Of course Prince died and my inner world was rocked once again, come on universe no more unnecessary deaths for a while please!
I spent time with the wonderful A and also the gorgeous J, I think you guys – separately – save me and make me a better person!
We celebrated my sister’s birthday with a family gathering and a great Italian meal at El Nonnos.
I looked after myself with a flushot, hair and beautician appointments, and purchasing some essential oils at a lovely afternoon workshop with my wonderful friends A and B.
And ended the month with my gals, A, J, and L, eating, drinking, chatting, and laughing at our French Night! 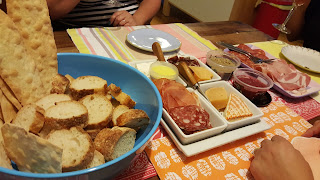 As always there was markets and sunsets and bookclub and my reviews on books, cds, dvds etc. 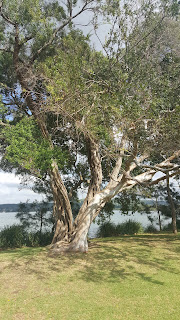 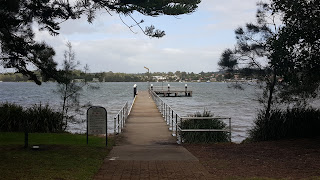 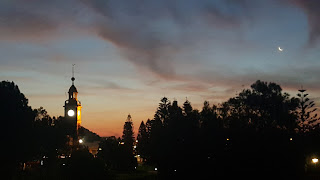 Game of Thrones S5 – oh my, this show just gets better and better. I loved this season, dragons and zombies and deaths – it had it all. Brienne of Tarth is fast becoming my favourite character above Daenerys and Tyrion which is saying something. I don’t like to say too much as I am well aware many are not caught up and I hate spoilers, so shan’t to that to others. But the set design, huge cast and epic stories just get better with each season. If you are not watching Game of Thrones, you must get with the program!
Nurse Jackie S7 – this was the final season to a show I once loved but has been dragging it’s feet for some time. It was an ok tie up of event, but this great show deserved better and should have been

The Blacklist S2 – oh how I love this show, really it is all about Red, played with delicious insight by the wonderful James Spader. We get closer and closer to what Red is up to this season, and his young Protegee, Lizzie, falls more and more down his rabbit hole. It is difficult to describe this show. But it is totally worth watching, if only for Spader, He holds your attention whenever he is on screen, he just has that kind of presence.
Derek S2 and special – my love for Ricky Gervais is high and I know Derek is not for everyone. Gervais plays Derek a young man, who is a little simpler in his needs than others. Gervais walks a fine line with Derek but in my opinion he gets it just right. The show, and indeed the character, is more melancholy and even dramatic than comic, though there are moment of hilarity. I like how he places his own life insights and beliefs into this lovely character and subtly showcases what he really thinks of the world. And how can that be harmful? If you have been unsure about Derek, give it a go, it will win you heart as it has mine.
The Leftovers – based on Tom Perrotta’s book, this astonishing series has left me gobsmacked and wanting more. Set in a small town of Mapleton, New York, it follows the remaining town members three years after a tragic world event. The event similar to a ‘rapture’ had 2% of the world’s population disappear in a moment, never to be seen again. This is a significant amount of people with almost every family in the world effected. There is no knowledge of what happened or where they went. The series doesn’t really go into why but how those that are left behind survive and interact with each other. It is not pleasant, many cults form, and people work against each other. Terror is heightened and every one is on edge. Justin Theroux is the superb lead, The town’s chief police officer with way too much trauma on his plate. Looking after his wayward town, and rebellious teenage daughter, his Dad – the former chief police officer - is in a mental institution, his step-son nowhere to be found as he took to the road, and his wife has joined the main cult. He holds it all together with a great supporting cast including Christopher Eccleston as the local priest, Liv Tyler as a confused young woman who joins the cult, and many more. This show has gripped unlike a show has in a long time, it is dark, weird, funny, sad, addictive, thrilling, and absolutely fascinating. I cannot recommend it highly enough.
What I’ve Been Listening to

Here’s the thing podcasts by Alec Baldwin – been catching up on these including Amy Schumer, Jimmy Fallon, Mickey Rourke, and Molly Ringwald.

Supertramp –  I know they are a bit daggy, but I don’t care, I have been enjoying there best of in the car.

Songs to play by Robert Forster – easy listening, laid back pop as you would expect from Forster, really enjoyable.

Saskwatch – bought the new album and also been replaying the old one, cool groove, I’ve really got to see them live.

Sarah Blasko – love her new album, bought it earlier in the year and been sitting in my pile. Her voice is like little angels blowing angel dust into the air.

Prince –  of course, I have been listening to lots of Prince after his untimely death, makes you realise how great he was and what we are going to miss!
Posted by Cathy at 4:39 PM No comments: