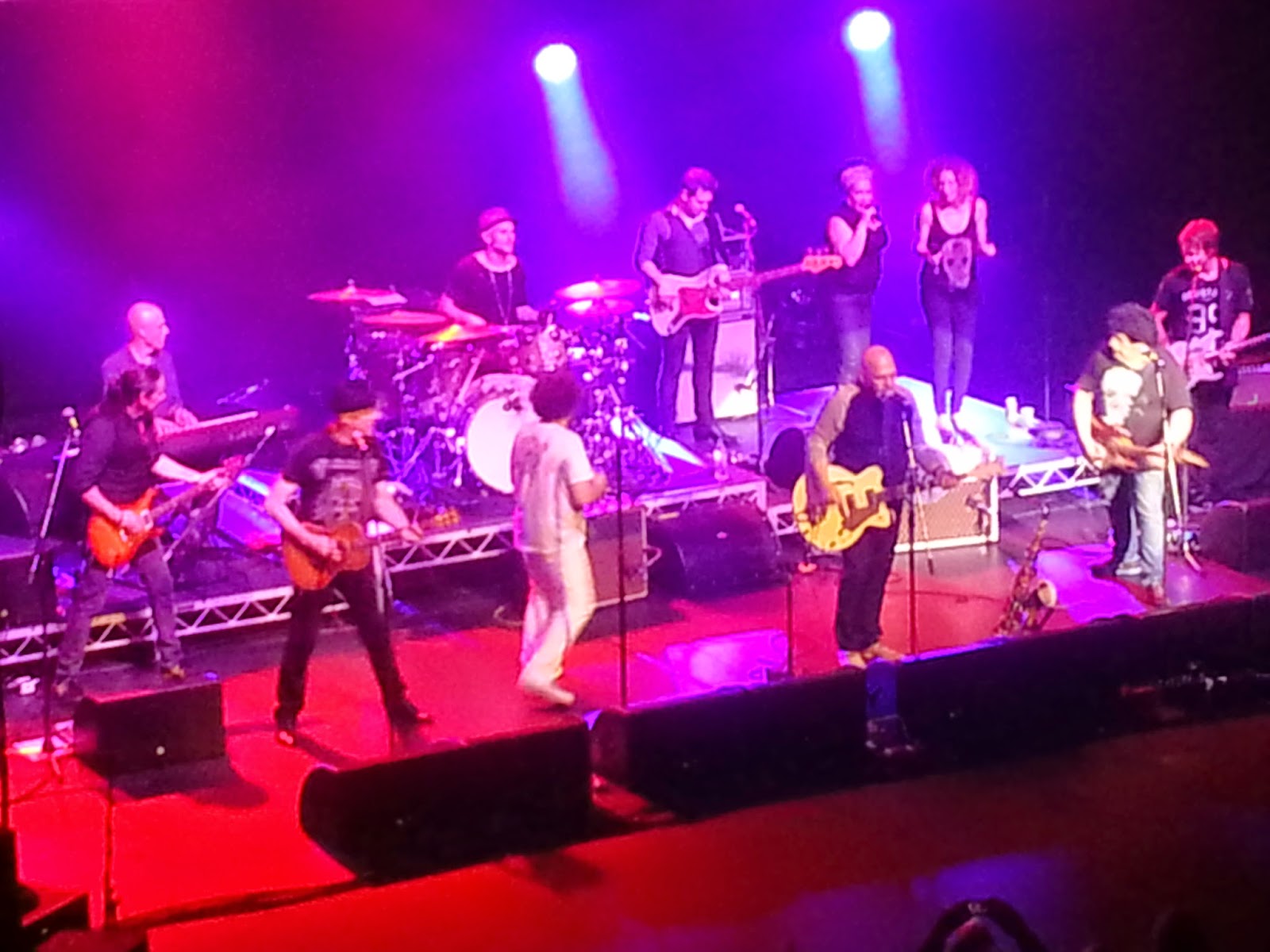 A couple of weeks ago I headed to the beautiful Civic Theatre with C and E to see the APIA Good Times Tour.
This was an amazing concert with Russell Morris, Joe Camilleri, Richard Clapton, and Leo Sayer.
I've been a fan of all of them for some time, but never seen Clapton and Sayer, so was thrilled to attend. Each played about 5-6 songs in separate sets before joining forces for a rocking encore.
Morris was first off. I have loved Morris since I can remember, and saw him close to 20 years ago at a local club. He was brilliant, he had been through the ringer and was trying to make a comeback of sorts. Since then he has gone from strength to strength and this superb short set was testament to that. He began with 3 songs off his new blues album, Sharkmouth, which I love. Then he moved into Wings of an Eagle, a stunning, soaring song which showcases the most stunning voice. Next up was The Real Thing, a song so meticulously produced you wonder how it could be replicated on stage and yet if you closed your eyes (as I did) you could be hearing it for the first time on radio way back then. He ended with my personal favourite, Sweet Sweet Love. There are no words for how much I adore this stunning ballad/rock tune and his delivery was perfection. I was in heaven, and he looked like he was too. 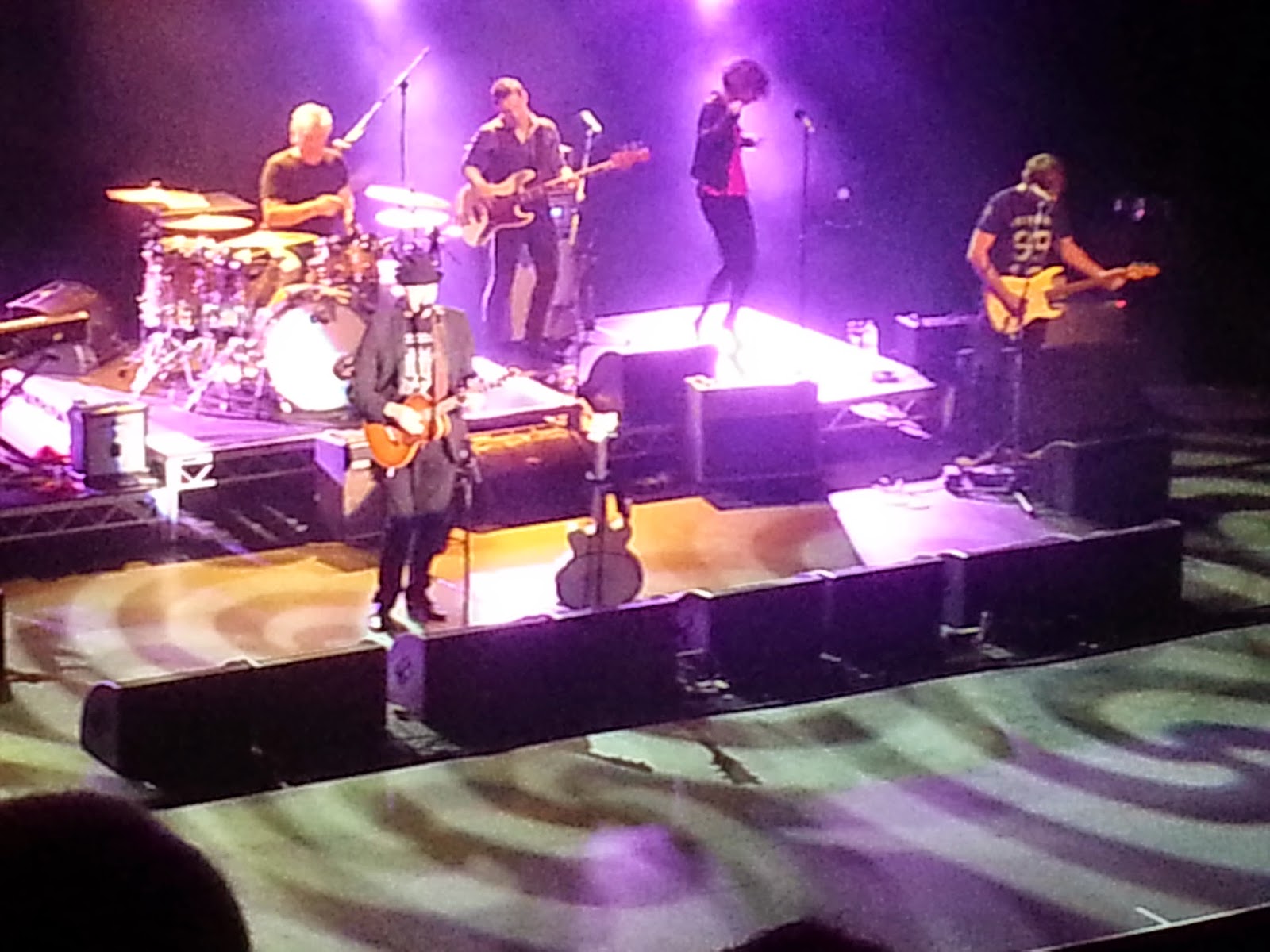 Next up was the ever sunny Joe Camilleri. He played a couple of Black Sorrows songs and a few from his new album. Just as I was thinking to myself, this is good, but the songs from the Black Sorrows really need the Bull Sisters, out comes Vika Bull to sing, Never Let Me Go and she blew the roof off. What a magnificent voice she has, and her heart placed firmly outside her body, somewhere between the flower in her hair and the smile on her face - both gigantic! This upped the ante for Joe and what a performance from them both, ending with Chained to the Wheel. 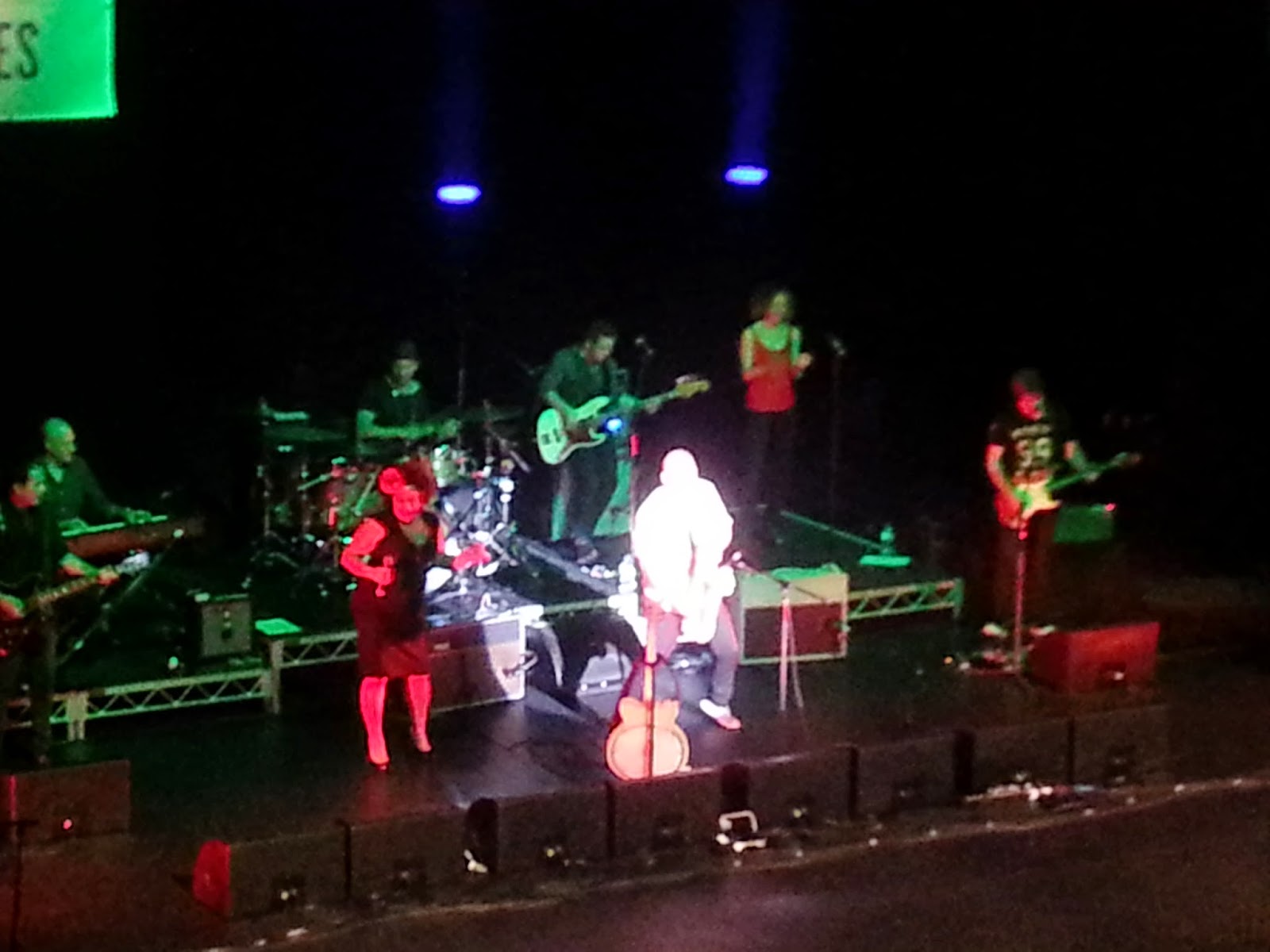 After an intermission, Richard Clapton came out for his set. I somehow keep missing Clapton, how I have no idea as he tours prolifically. He was exactly as I imagined, shortish, jeans, black jeans, those black sunnies, and that wild hair, a no shit attitude and his voice sounding as if he had just cut the record yesterday...timeless is Richard! His set was hit after hit including Deep Water, Girls on the Avenue, Capricorn Dancer and Lucky Country. He was effortlessly cool, with a teeny wink of irony and sounded great. 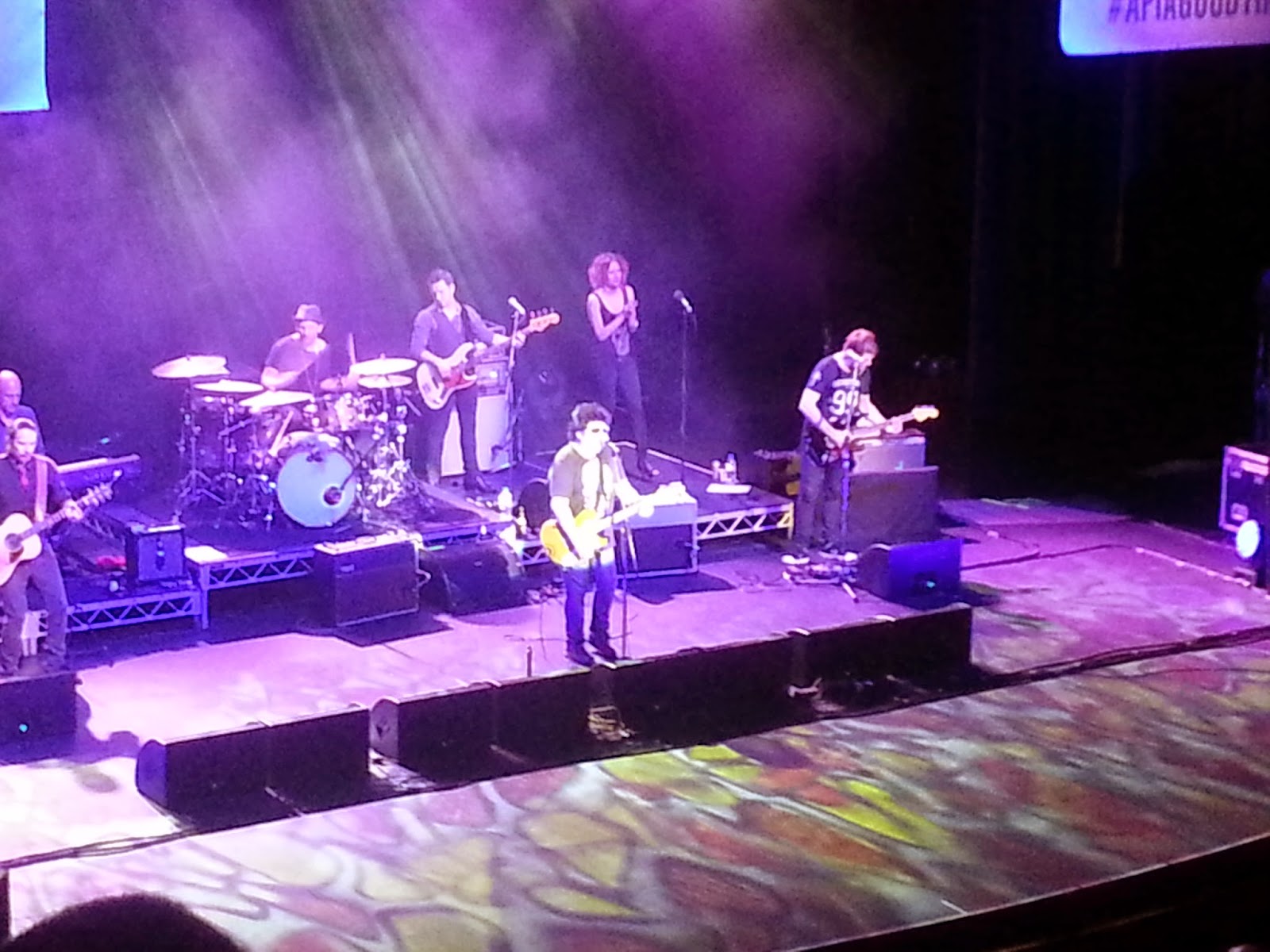 Seemingly the wild card entry, Leo Sayer was next. I have to say I was most excited about Leo, a huge fan from way back, I could not wait to see if that cute/daggy pop I listened to as a kid could be replicated. And mostly it was, I felt his higher notes were a little shakey at times, but men's voices get richer with age, so that is forgiven. My main issue with Leo was the schtick, there was too much piss farting around between songs, cut that out and we could have had another song. Having said that I had the hugest smile on my face when he was singing. Some of the hits churned out in his set where More Than I Can Say, When I Need You, Dreamin' (he wrote this with Cliff Richard), Thunder in my Heart, and my personal favourite Long Tall Glasses. God I love that song! 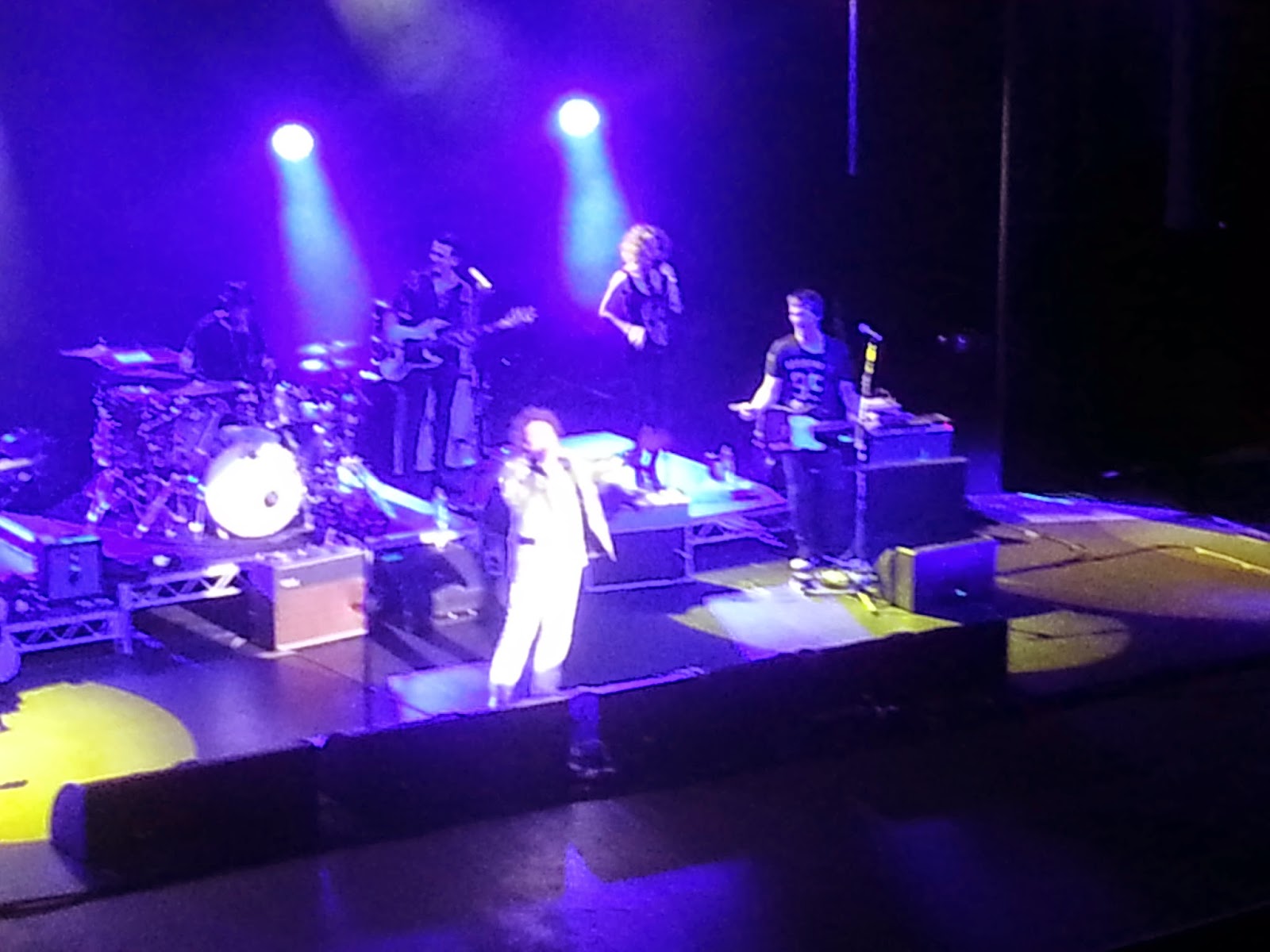 Then he was joined on stage by Camilleri, Morris, and Clapton for You Make Me Feel Like Dancing, seeing Clapton singing back up for this was one of the great joys of my life. Then Morris took the lead vocals for Hush, Camilleri for Shape I'm In, and Clapton for I Am An Island (another favourite). Vika Bull joined their superb backing band as backing vocalist for this encore which ended with a crazy rendition of Good Times. And good times it was, the show had gone on for close to 3 hours and we didn't want it to end. 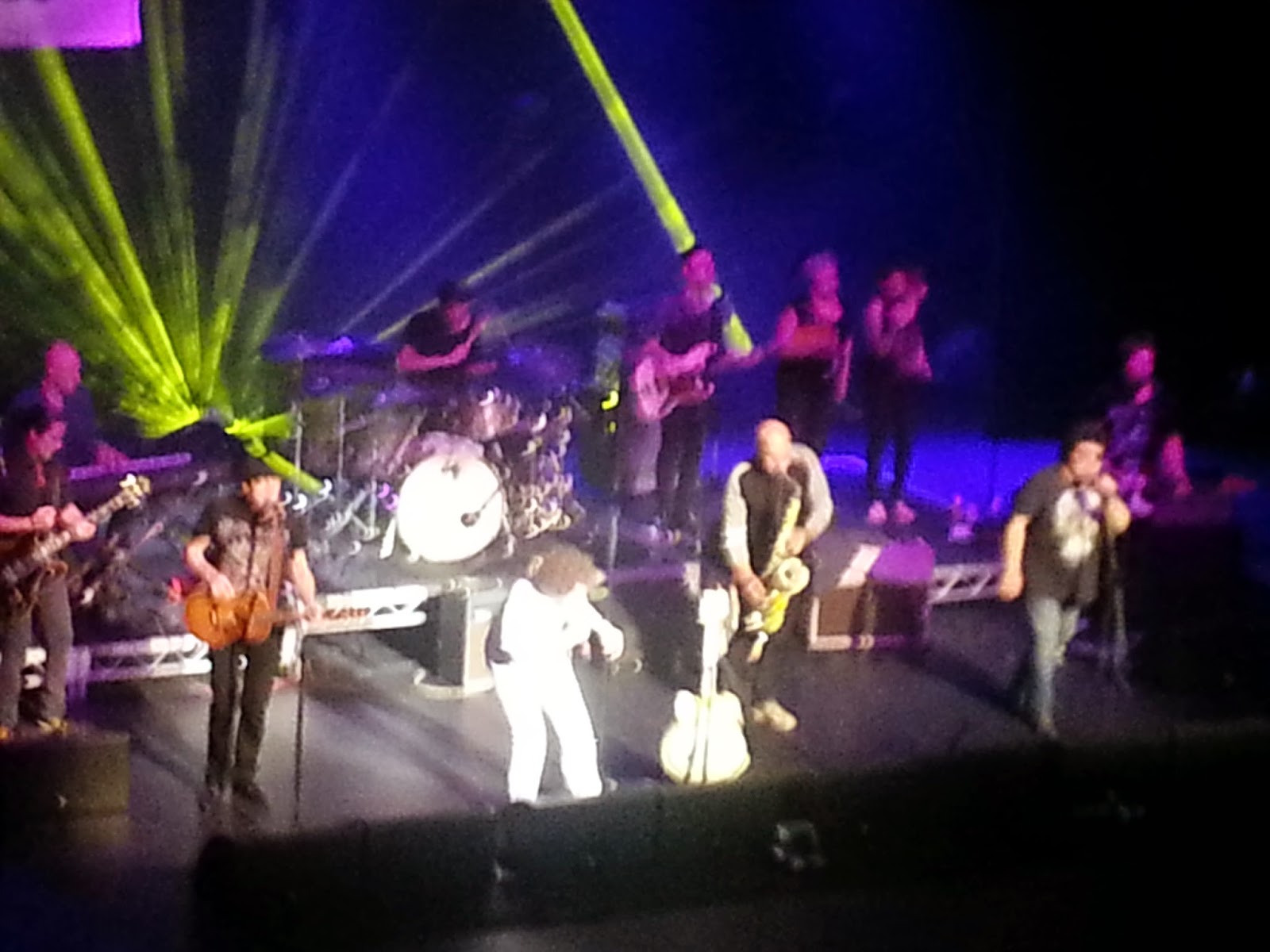 April began on a bang with the Writers Festival, which was a fabulous long weekend full of all things fun and literary AND I got to be involved in a session.

The rest of the month has been rather sublime and restful. Which I have really needed after a very full and full on year so far. Not complaining, but one does need to recharge the batteries from time to time!

I long lunched with C at Caves Beach Hotel, and attended Bibliotweeps Book Club to discuss Anita's book, Tiddas. And then read up at the beach until I met L at The Towers to see the perfect The Grand Budapest Hotel. 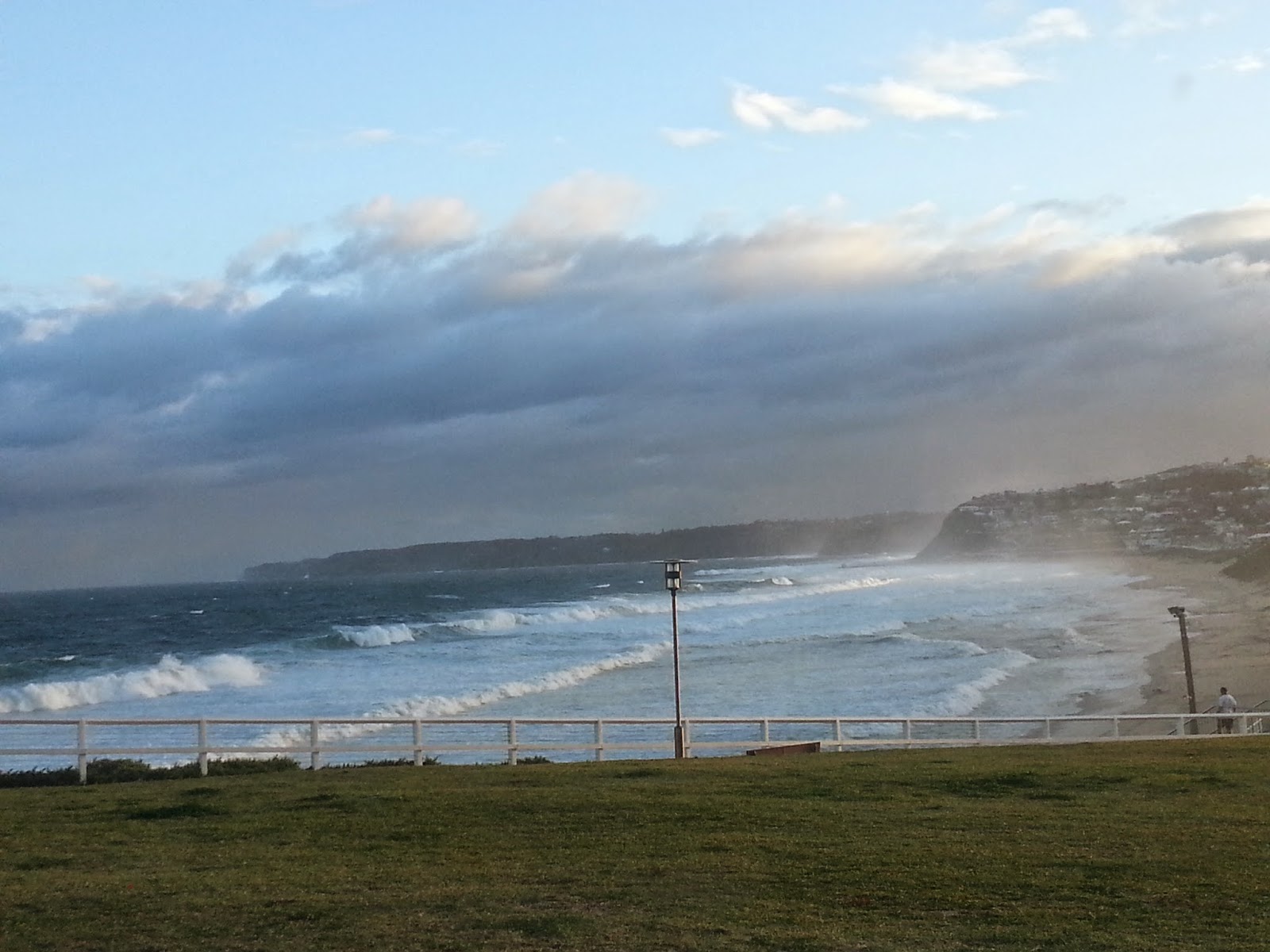 I also went to Fernwood for High Tea with L, B, A & J. It is a beautiful old home at The Junction, where we ate the most delicious delicacies.  I cannot recommend it highly enough. 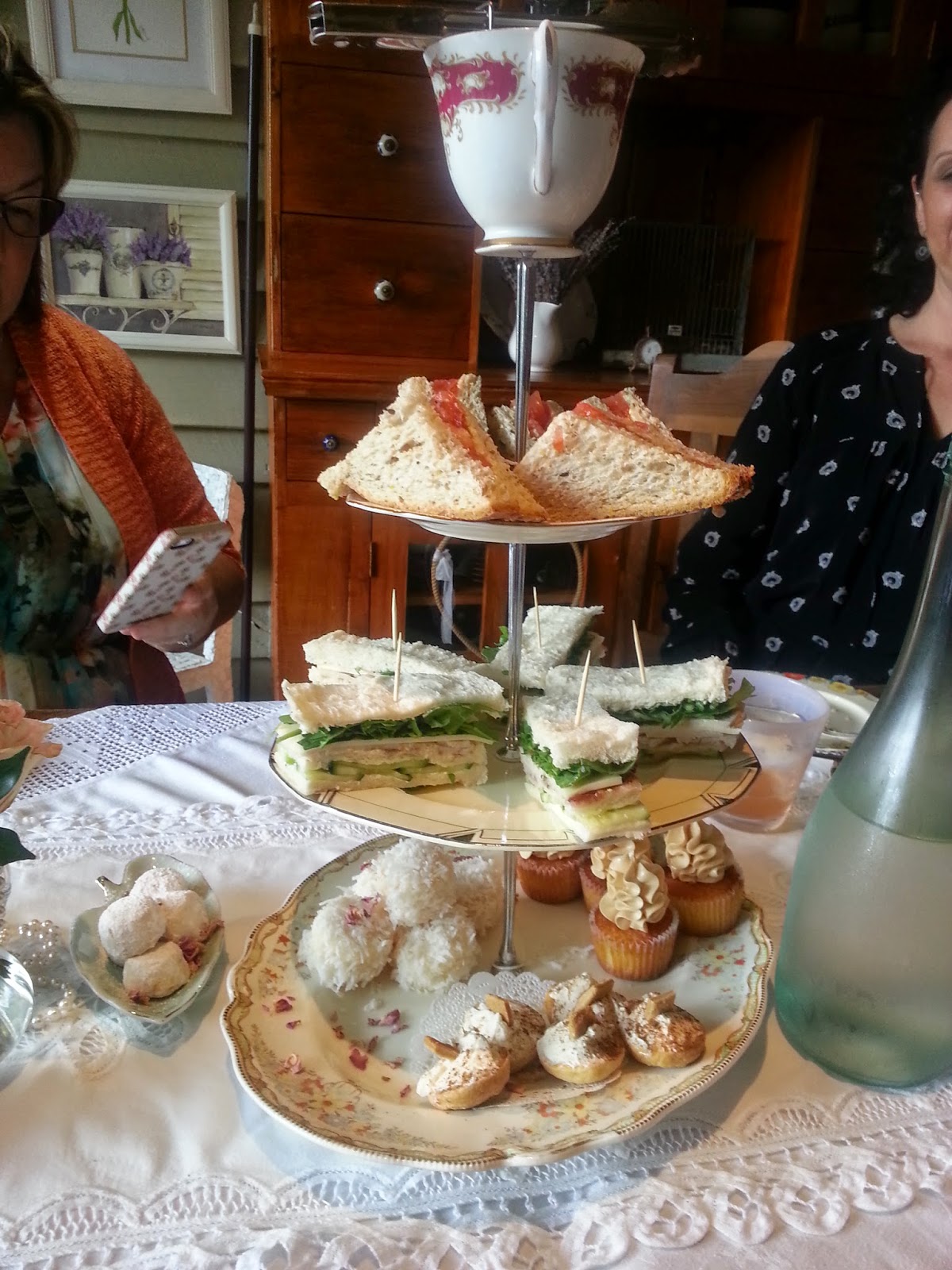 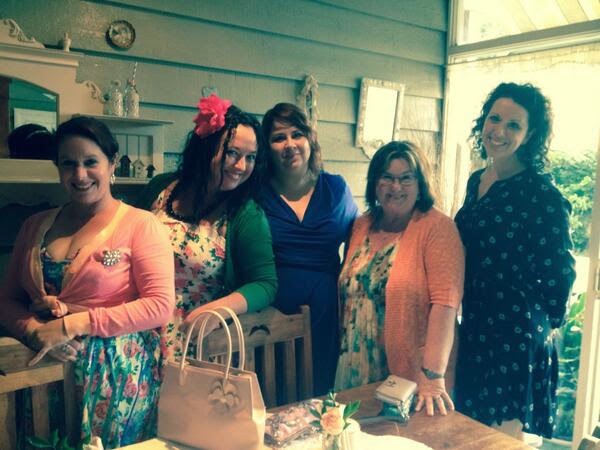 I had 5.5 days off during the Easter Long Weekend, and mostly napped, ate, read, and caught up on DVDs. It incredibly zen. I did manage a beautician appointment, lunch with J, and a family get together for Easter and my sister's birthday on the Sunday...but that was all. 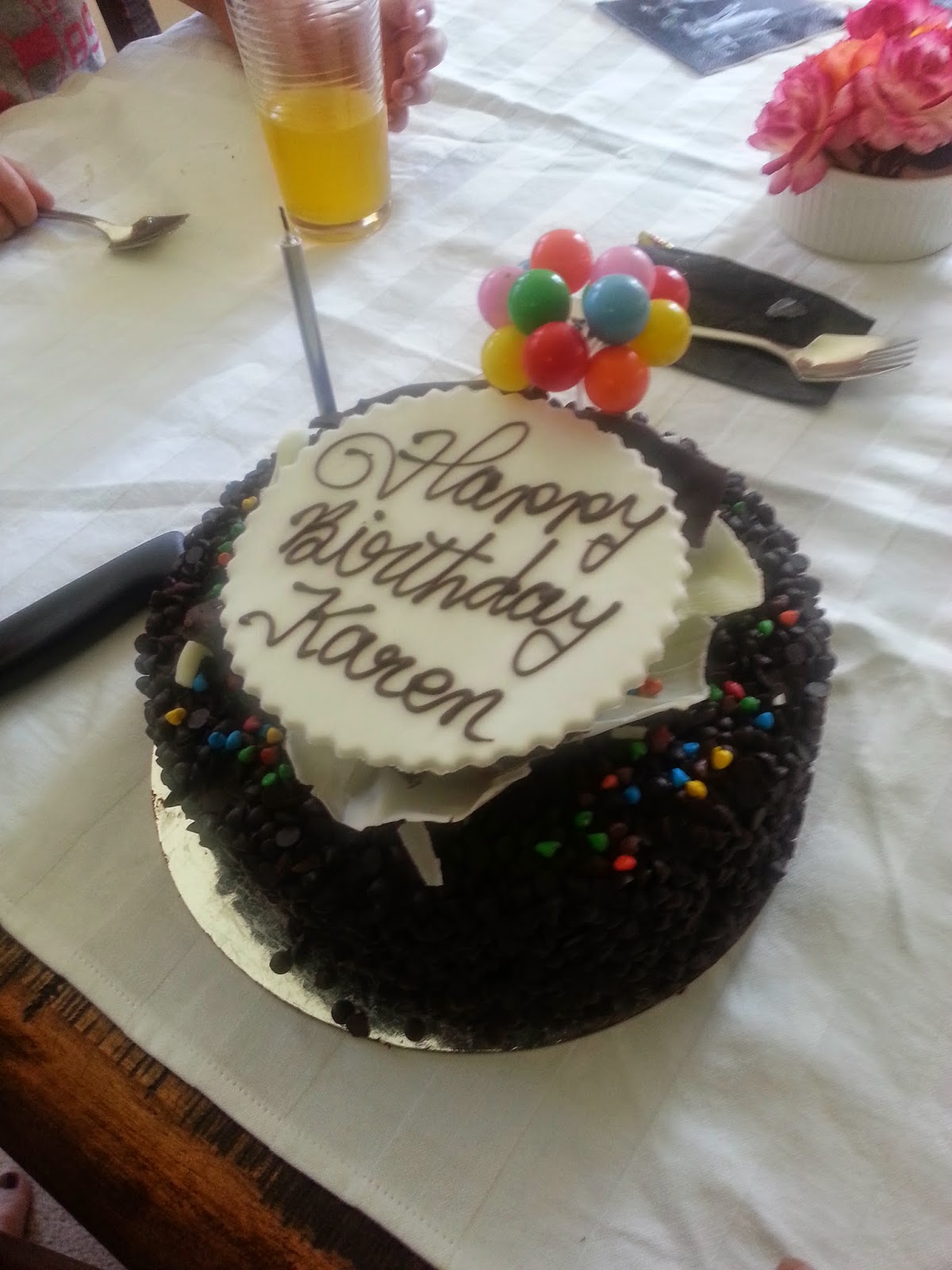 Before the Anzac day long weekend, L, A, J & I tried the new Napoli Pizza on King Street near The Towers, highly recommend. I haven't had pizza that good since Italy!! 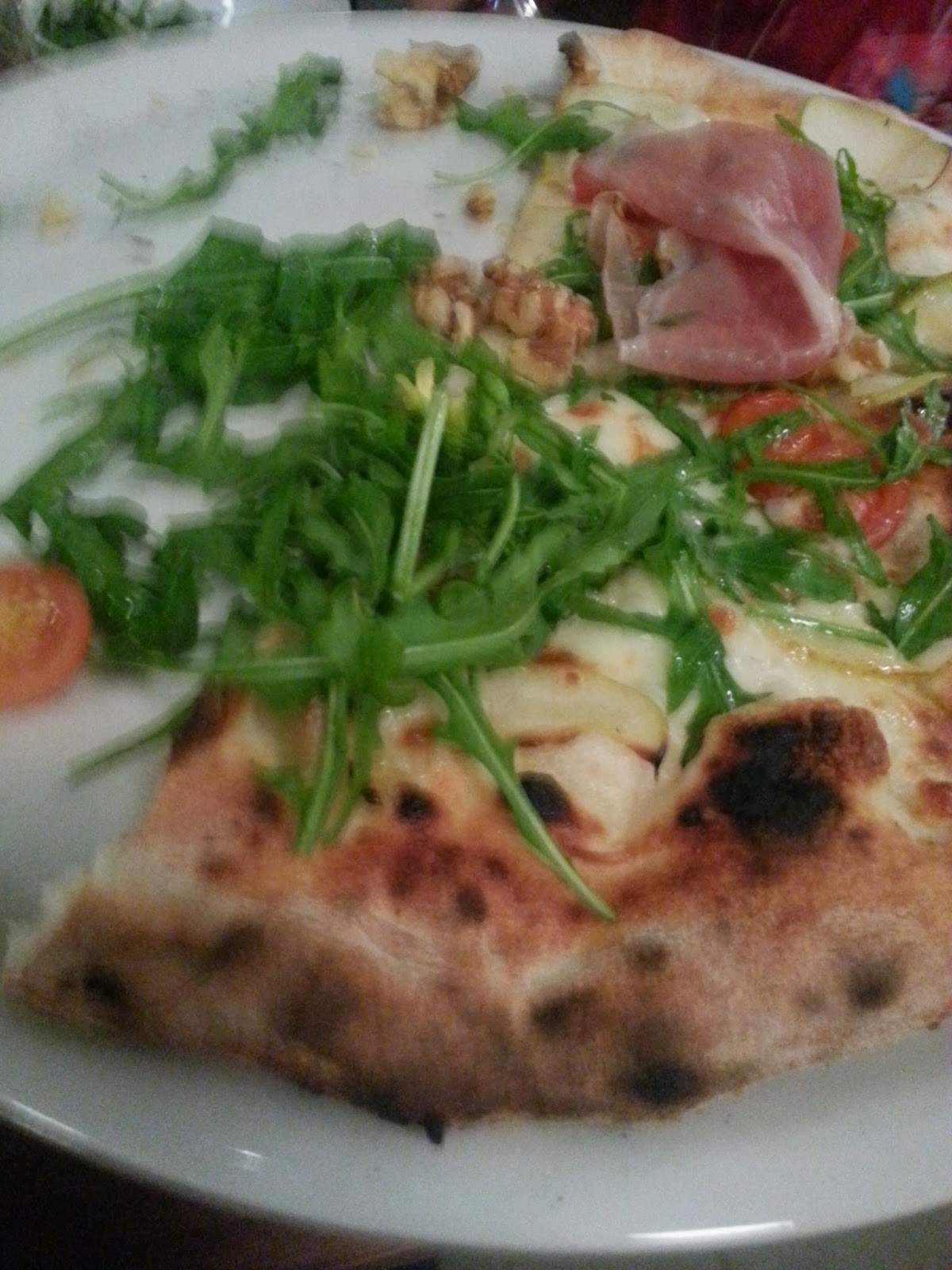 And then some of the family headed down to Woolwich Pier Hotel in Sydney to celebrate the impending birth of my cousin's baby. What a delightful afternoon we had catching up with family and friends, most of whom we toured Italy with. 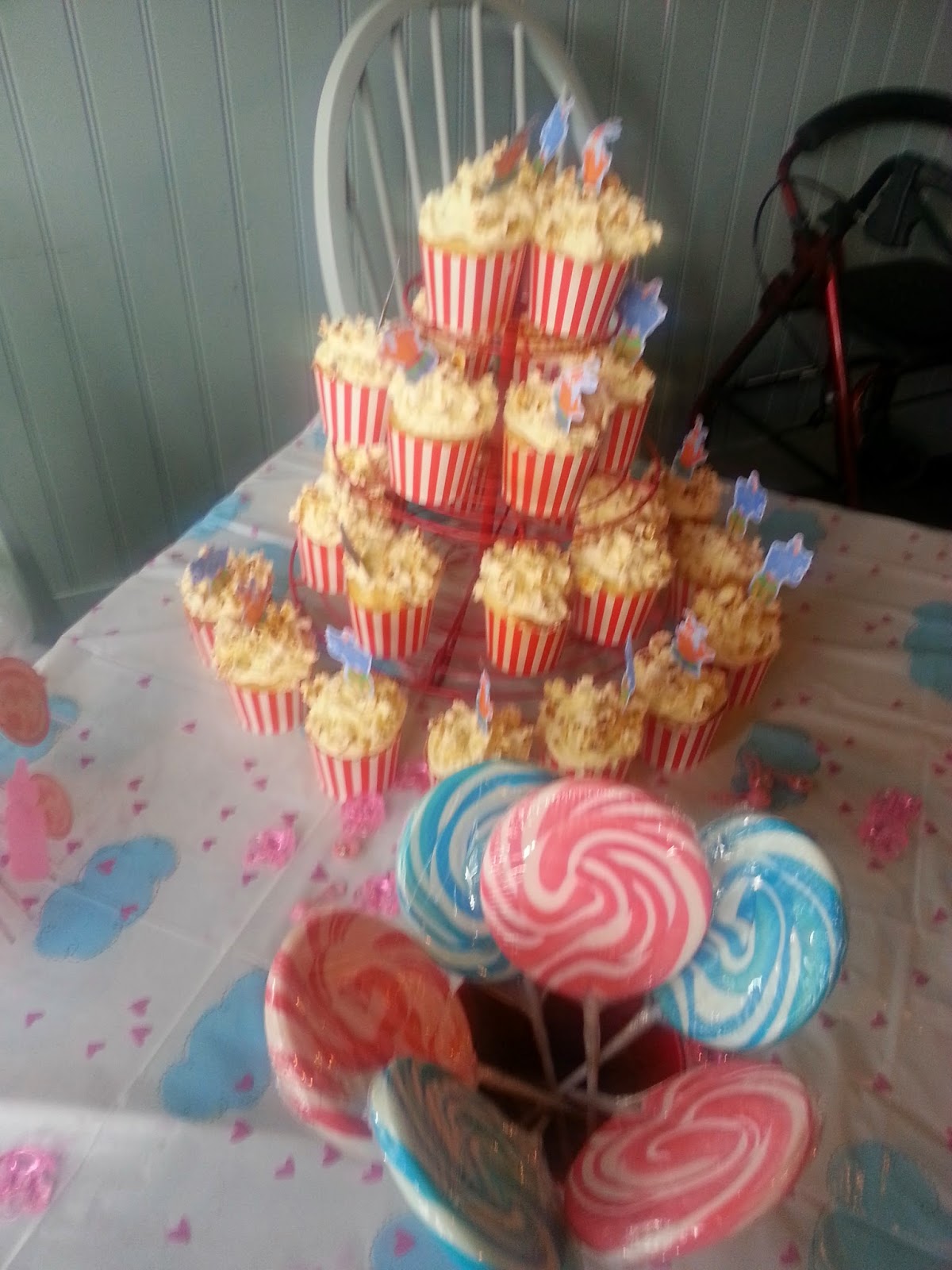 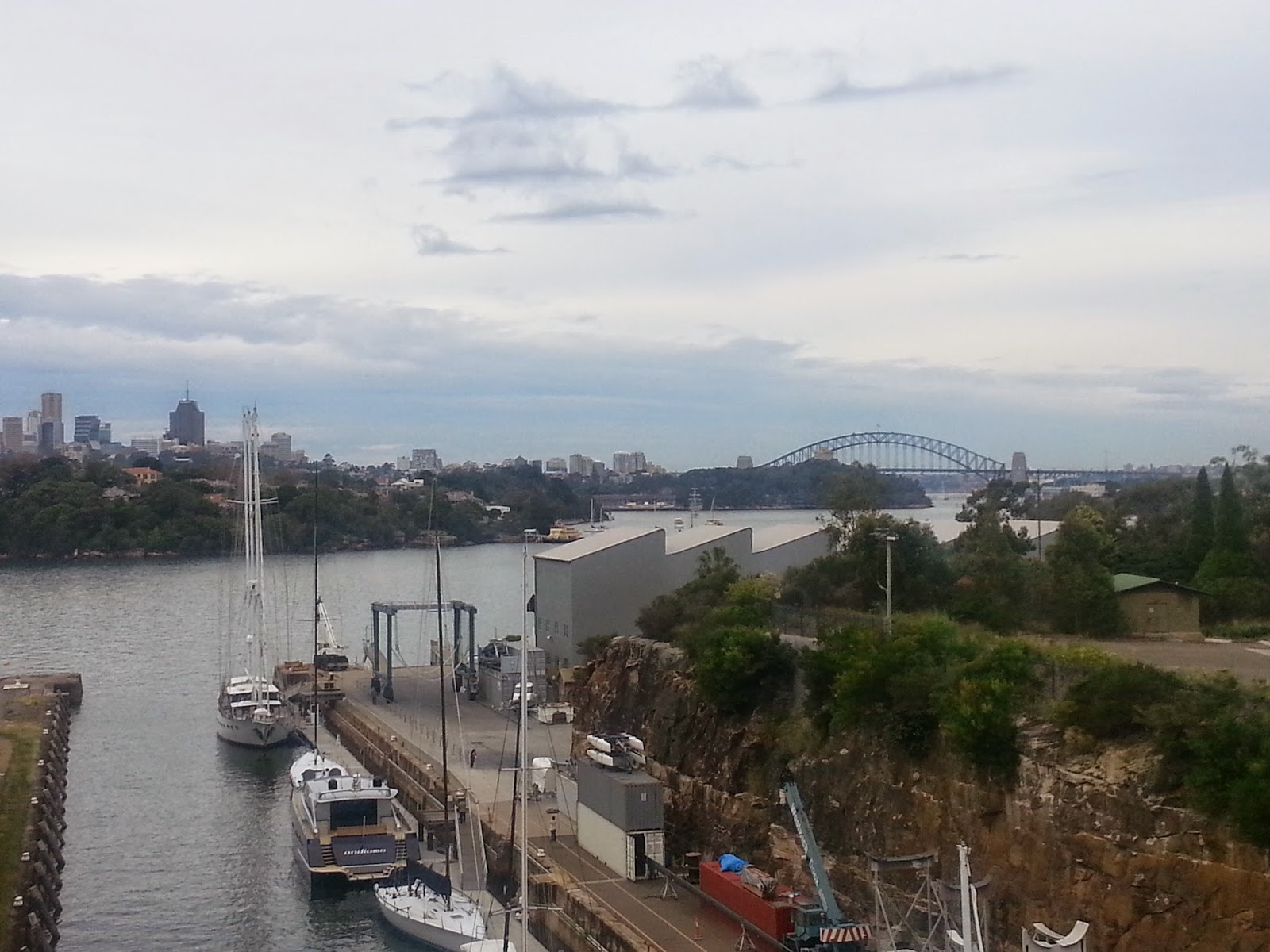 So a much quieter month, meant I got more reading and DVD watching done and you can read about that here.

And do a little writing about literature: Shakespeare and Project Read.

Also more time to walk and enjoy the fabulous sunsets this time of the year provides. 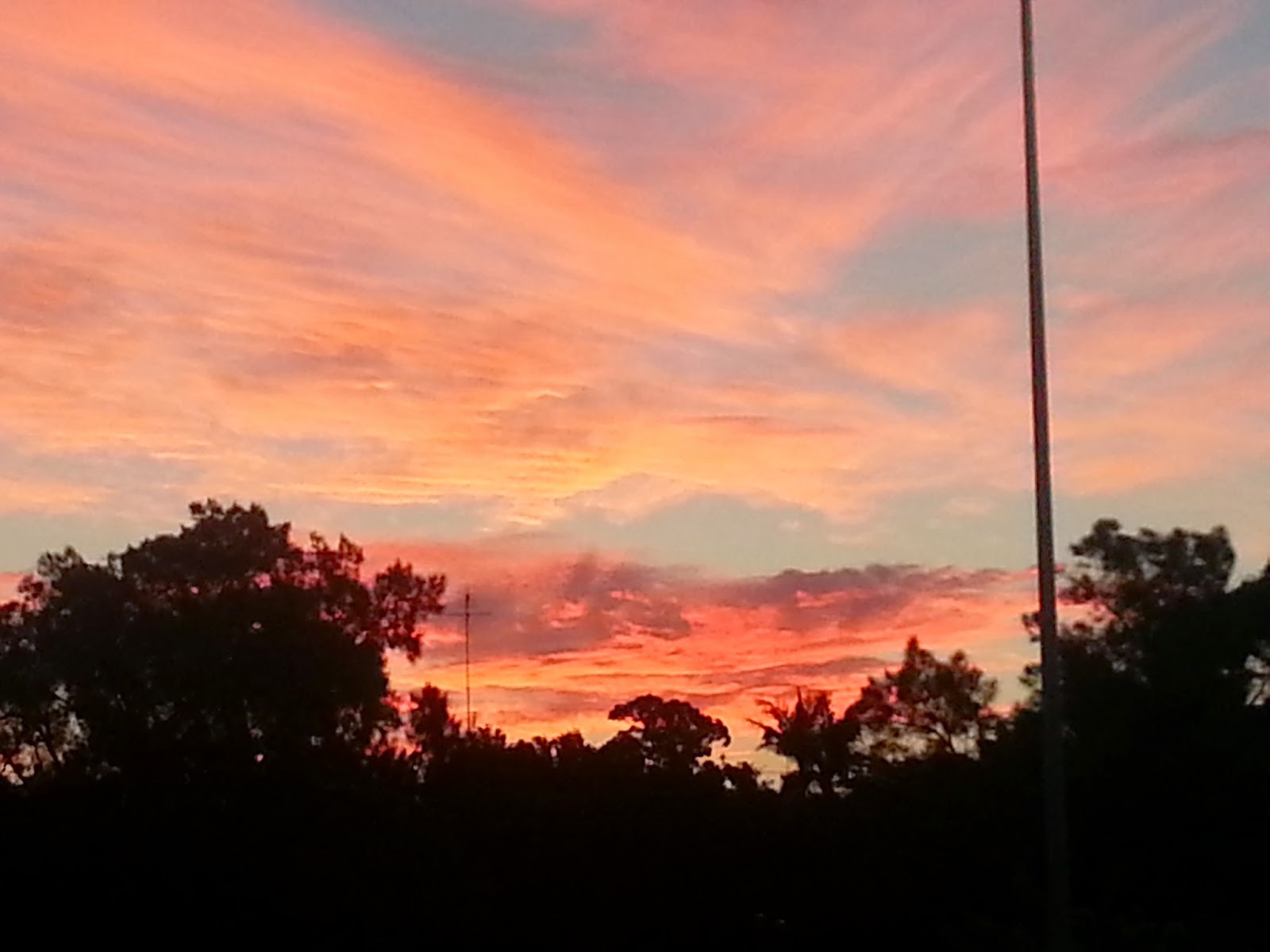 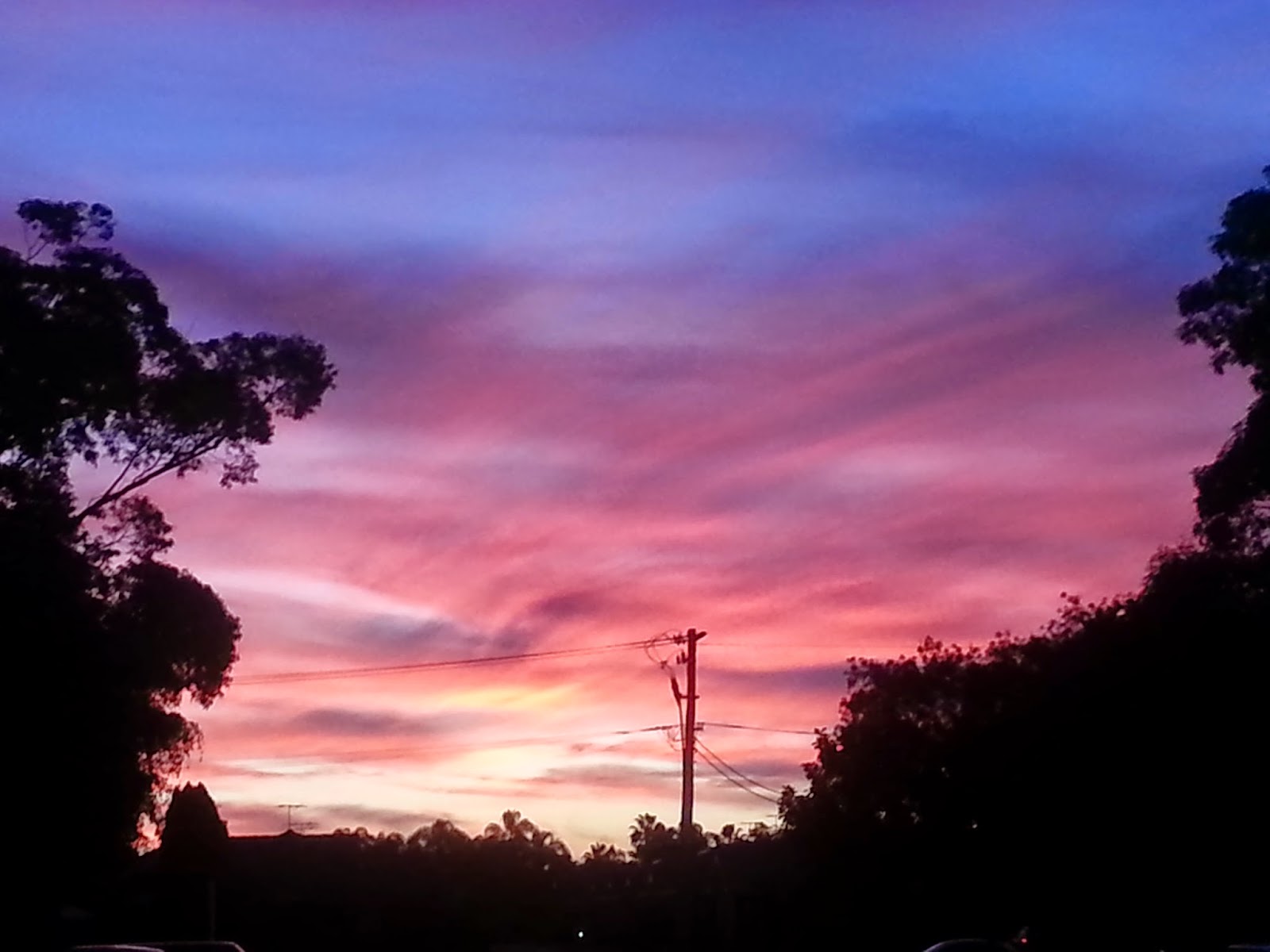 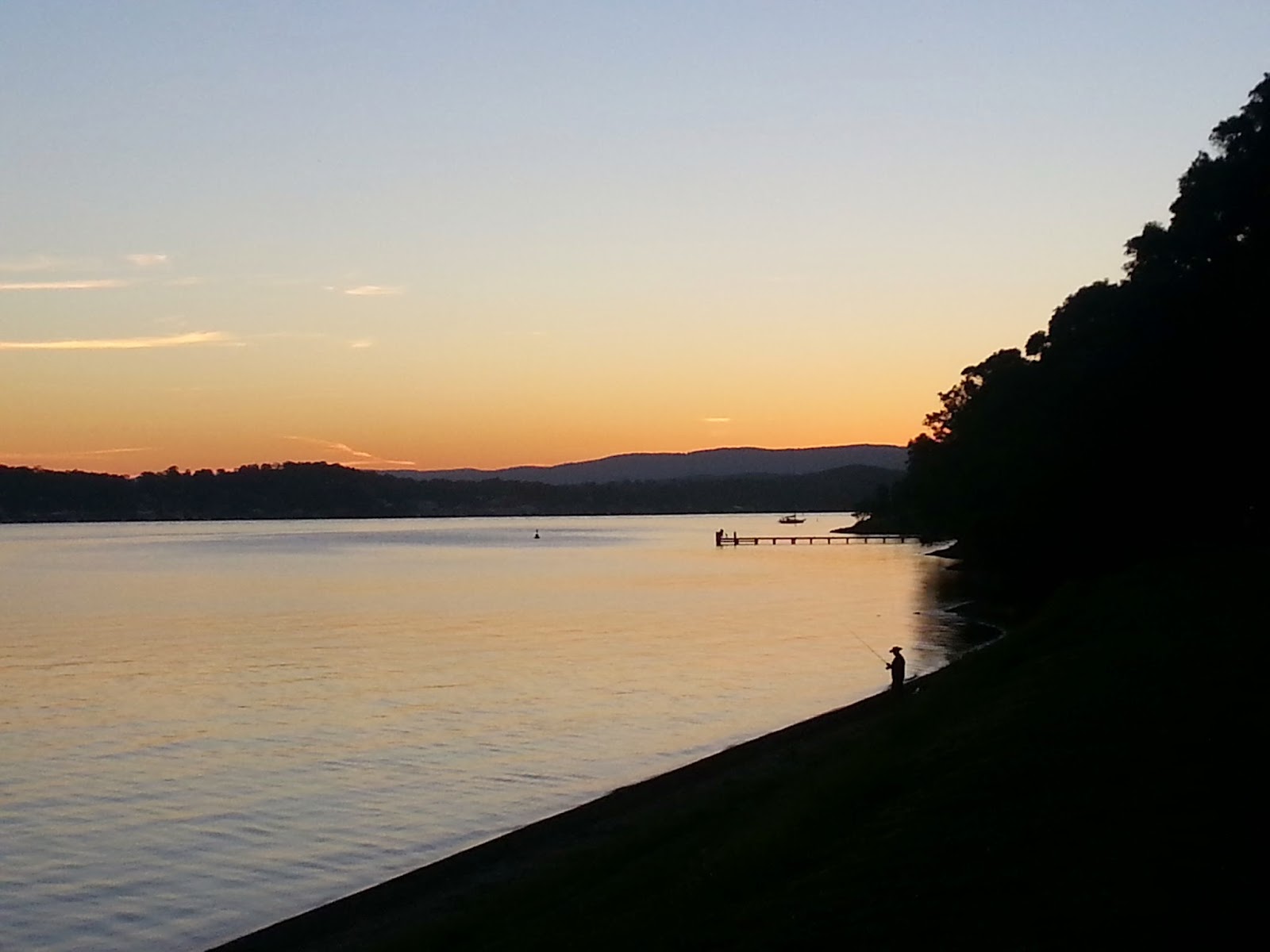 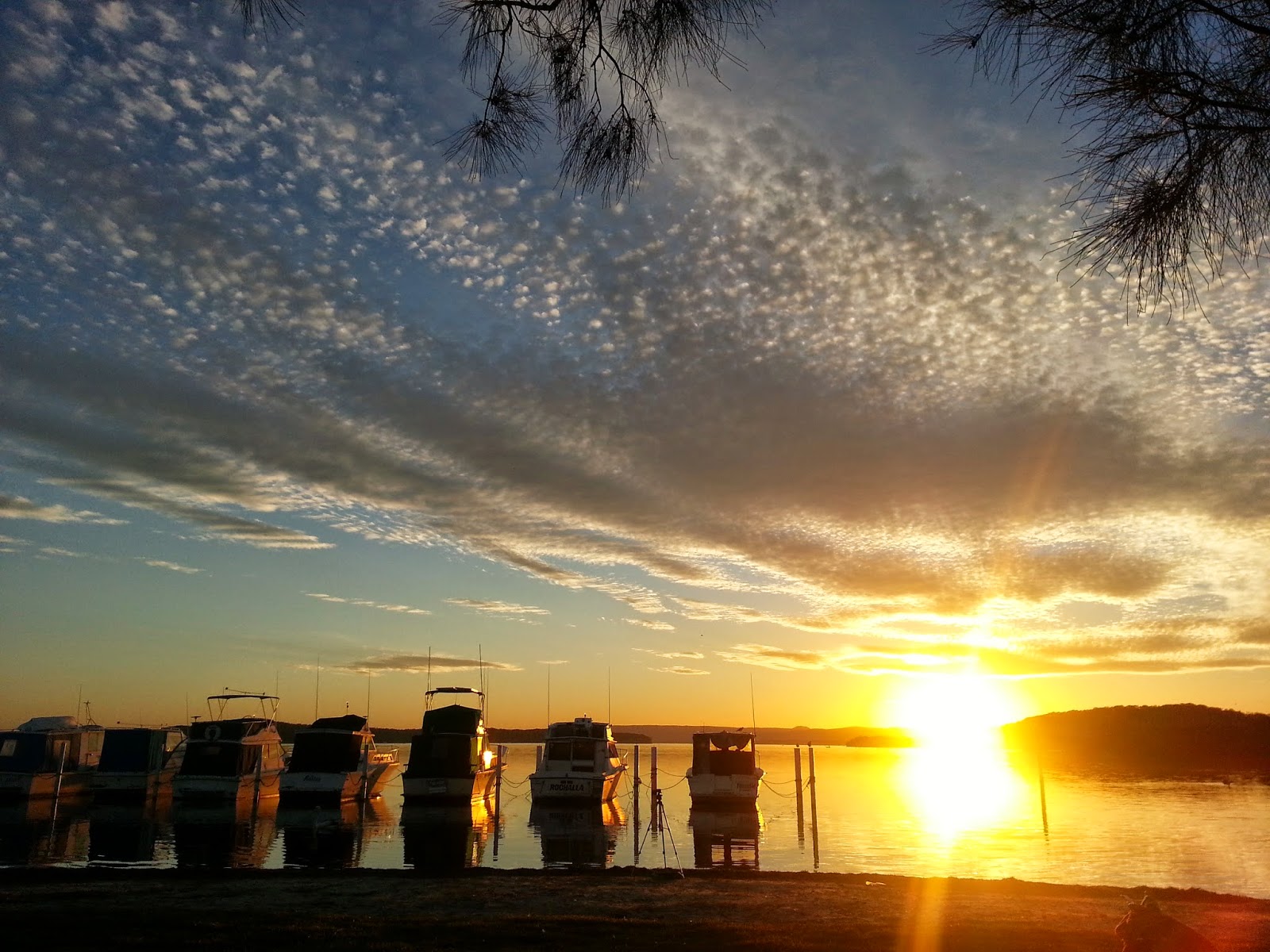 Behind the Scenes of The Gallery 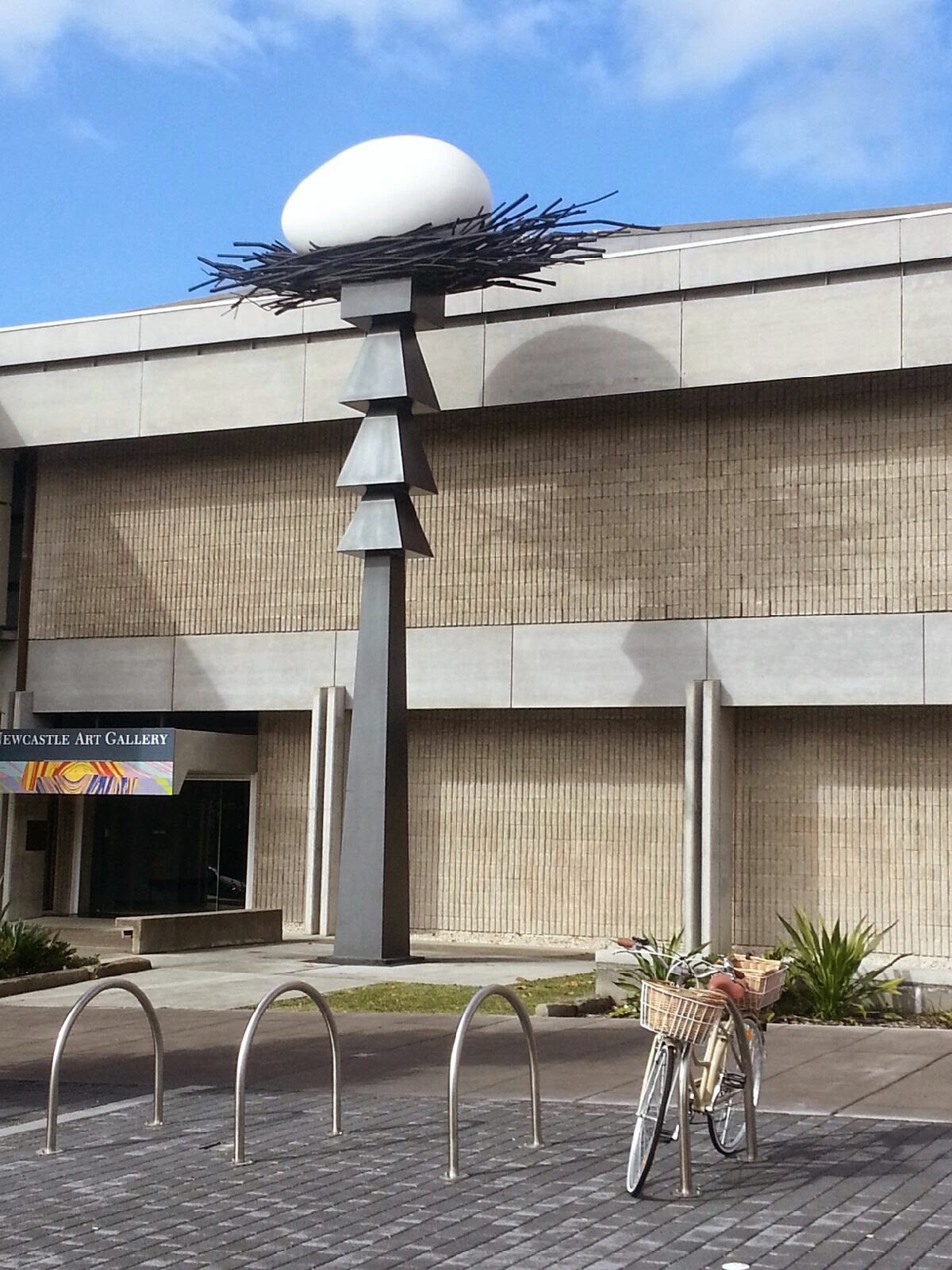 Last year I decided to join Newcastle Art Gallery Society. For a small fee, you get discounts on selected gallery shows etc, and invites to interesting events amongst other things. Plus it made me feel like I was somehow helping an institution I loved and believed in, at their time of need. I grew up with this gallery, trips into The Civic with my grandparents was always thrilling when I was younger. We would go to the ballet at The Civic Theatre, visit Him and Her at the library, wander in the park and watch the fountain, and of course go to The Art Gallery. As I got old I still did all those things and incorporated visits to my beloved Cooks Hill Books, Darby Street, and surrounds.
New members are lucky enough to be invited to a behind the scenes tour, and I took up the offer today. I met a few others at the entrance of the gallery and we were joined by Prue, who was to be a powerhouse of love and information about the gallery. We went through secret doors to the left of the building and were inside the beast. I was thrilled beyond imagination.
I wished I had taken notes and had the guts to ask to take photos, but I simply didn't think of the first and it seemed wrong to ask the later. We met staff and wandered about both levels of the gallery, led and informed by Prue. We heard the history of the gallery, built in 1977 and opened by Queen Elizabeth. It must have been the most remarkable thing. I did wonder if my grandmother or even I was there, I must find out. My grandmother adored the royals, so surely we had to be there?

And it is a great building, a great space, but the collection is vast, and there is simply nowhere near enough room to showcase this collection...as I was about to find out. Most galleries and museums never have all or indeed even half their collection out on display at a time, which seems a shame, but to continually evolve and develop a worthy collection, displaying everything is impossible. But when you see the depths of how much they do not display at Newcastle, you can see how desperately they need more space. I don't want to go into the travesty of why this isn't happening here, that isn't just another blog or two but a very long book/essay/saga that the most devastating story in the world doesn't seem to match.
And so we got to look at some of the vaults, large hanging spaces with a few inches between, and each rack pulled out to expose multitudes of art on both sides. We got to see a few racks and the most fabulous pieces within. And then we got to see their special vault, this includes the big pieces. These are pieces that should be on display permanently. One rack was pulled out and there within 20cm of my eye was The Strapper by William Dobell! I gasped and tears came to my eyes. Of course I had seen it before, but to see such a magnificent piece hidden away like that made me realise how utterly shameful the gallery has been treated. Of course beyond that rack was another favourite, Whiteley's Summer at Carcoar. There are no words. 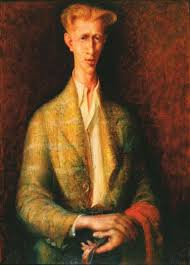 We also got a glimpse of the ceramics room, the gallery has the largest collection of ceramics in the Southern Hemisphere. All those items stored in lovely boxes with photos of the item on the outside. And as a Librarian I was thrilled to see the multitude of folders containing catalogued information on each piece in the collection...the folders of provenance.


I don't know what is going to happen to my beloved gallery next, hopefully something positive. But please go and visit it regularly, appreciate it, and love it. 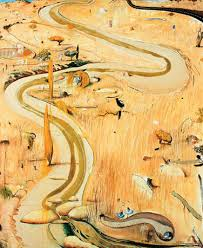