During my recent visit to Sydney, I took time to meet family and visit the Art Gallery of NSW. We often do this, catch up in the cafe first and take in an exhibit.

The exhibit this time was Adman: Warhol Before Art, an exhibit of Andy Warhol's art and advertising prior to becoming the Pop Art star we all know him as.

I've been lucky to see much of his Pop Art over the years, specific Warhol or Pop Art exhibits here in Sydney and Melbourne and also saw much of his work in various galleries overseas, especially in New York.

But with all of that, I'd never really seen much of his earlier work.

I think a lot of people have dismissed this, but I was quite blown away by the genius of his simplicity in this exhibit.

It commences in the 50s, a classic advertising period especially in New York. Think Mad Men, the art work they needed was indeed provided by Andy during this time. His sketches and ads are fascinating. They are also stunningly beautiful.

This exhibit features soooo much work, he always had a prolific output, but possibly moreso during this period!! The Art Gallery NSW says this is the most comprehensive exhibit of this period of his work, with over 300 pieces on display.

He mostly worked in fashion, he had a lovely signature style, his specialty for a while was shoes. Oh and how beautiful these shoes were! 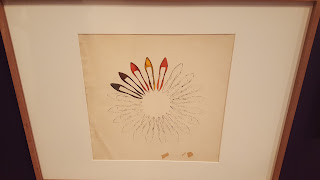 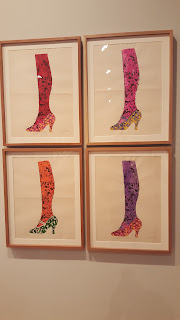 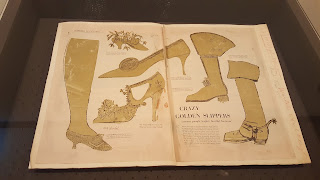 I was so struck by his use of colour, colours you just do not see anymore. There are also elements of repetition here, which we all know was used more heavily in later periods. Back then, his mother was his muse and assisted with much of his early work. He also started to play with technique and looked to invent ways of mass producing pieces. Again, things that made him him once he became more famous. He worked with design paper in terms of tracing and reproducing additional work. This may well be the first experience of this in Art generally, so he was also an inventor back then as in the 60s. 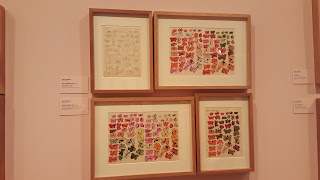 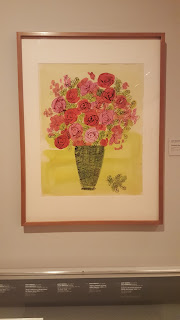 The exhibit had actual advertisements, and sketchings for these ads, mostly in flamboyant colour. But there is also a huge amount of private work, pencil sketchings and a fabulous whole notebook of male genitalia drawings in pencil. 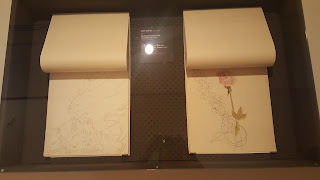 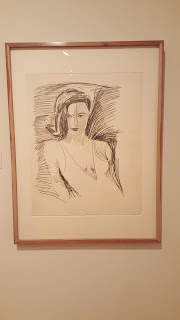 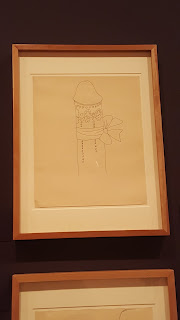 He also added words to his advertisements in his own flourishy writing, which became another trademark. 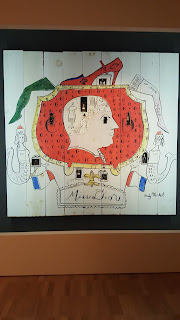 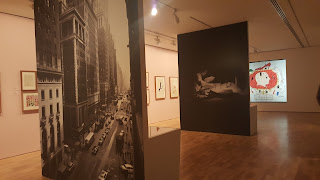 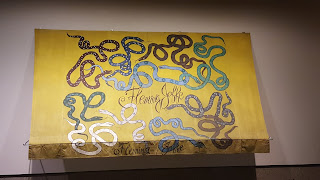 But the most interesting thing to me with these works, was their sheer simplicity. A lot of his work is basic (which sounds like a negative thing) but so cleverly basic, you or I would never have come up with it.

This is a well out together exhibit, which is not unexpected, but interesting in term of what is featured. There is a little bit of memorabilia and photography within it. 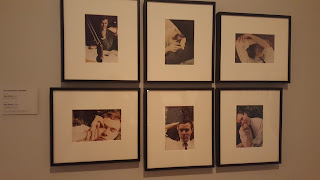 I guess had Andy not gone on to 'greater' things, this exhibit would not be as interesting to us, but he did and there is much to be gained in terms of his legacy and his evolution within this exhibit.

It is on until the end of the month (28 May 2017) and if you are interested I urge you to have a look at this lovely section of history of one of the great artists of our time.
Posted by Cathy at 1:01 PM