I only became familiar with Rodriguez a few years back when I watched the Searching for Sugarman documentary. Like everyone else who watched it, I fell in love. Funnily enough, the music was quite familiar to me, I guess I had heard those songs at some stage in my life.

I bought all the albums and revelled in his late life success, one of those great news stories that warms your heart and makes you smile.

And also, the music was spectacularly good, the lyrics of the time AND ahead of his time...in that they were indeed timeless.

I think he has toured once or twice since and I never went as no one was keen to come with me.

But when this recent tour came about, I wasn’t missing out and got two tickets for a friend and me. They were Day on the Green tickets, not my favourite place to go, but it suited at the time. But my friend couldn't make it which was a real shame. Luckily for me, my bestie was happy to stand in. She watched the film and like me was hooked.

And so we headed up to Bimbadgen on a stormy afternoon in hope of a great evening of music. I could go off on a tangent about the crowds at these events, but let's just say they are horrid. I always go for seated areas which helps a little. But really middle aged bogans drinking all day is absolutely the worst thing you can view. And some of the shite you see simply cannot be unseen!

As always with these large outdoor concerts, there were other great artists on the bill.

We got there in time for Archie Roach. I have seen Archie a few times over the years and he is always a pleasure. Political and heart felt lyrics backed with great melodies. 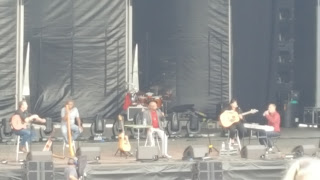 Next up was Russell Morris. I am a huge fan of Russell. I think I have seen him 5 or 6 times since the first time I saw him around 20 years ago. And I swear he just gets better and better with age. His new material is fabulous and his old stuff sounds exactly like the original records. My favourite song is Sweet Sweet Love and it never fails to make me smile. Utter perfection. 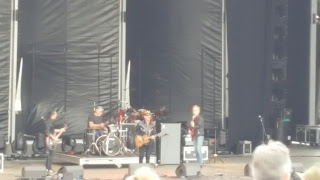 I have never seen Xavier Rudd live and he was great. A bit rocky, a bit reggae. Very laid back and fun. I was impressed. 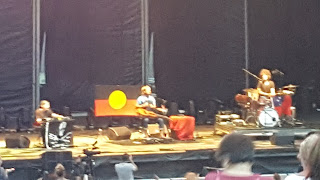 Finally, as the evening became a little cool - we'd been lucky with the weather, not too hot, only a couple of drops of rain - out comes Rodriguez. He had a lady help him out to a chair front of stage. I had forgotten he was legally blind. So I was a little concerned what to expect. 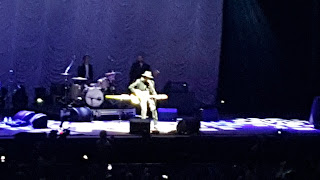 I should not have been concerned. He sounded great and played his guitar with that inimitable style of his. What a supreme joy this was. 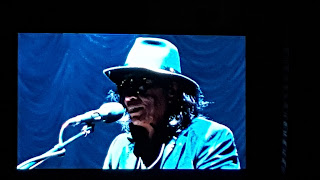 He commenced with his version of Your Song. Other covers throughout the set were Light My Fire, Want Somebody to Love, and Love Me or Leave Me. With only a couple of albums to draw from, he needed a little padding and it worked well. 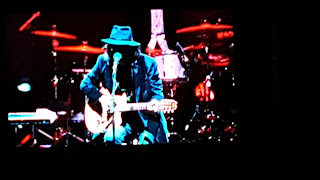 But he really shone with his original, sounding like they were written for today. Highlights were Sugarman, and I wonder. 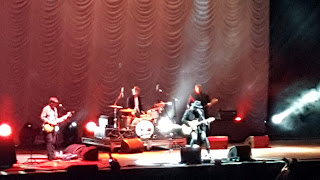 He chatted briefly throughout showing a grand sense of humour, with lovely comments like, "I want to be treated like an ordinary legend."

So glad we had the opportunity to see a living legend, despite his late age, performing and killing it. 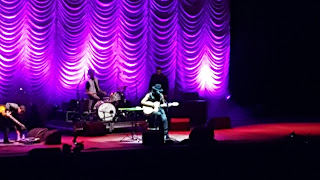